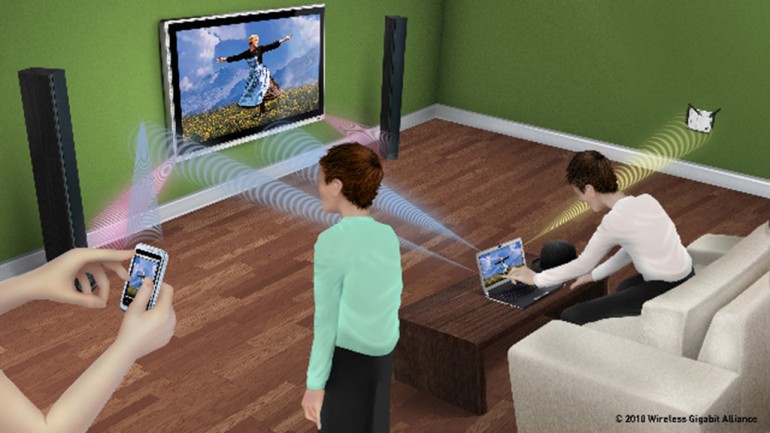 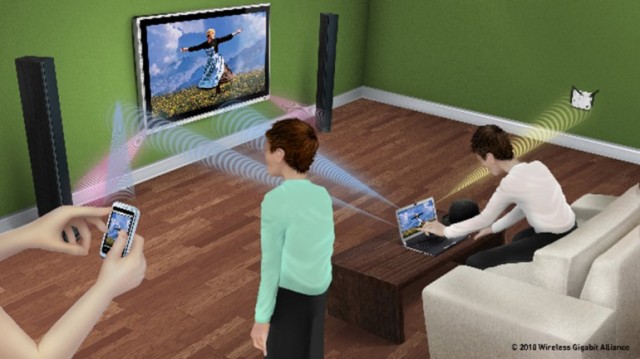 No matter how fast the Internet and wireless data transferring gets, it never seems fast enough. Each time it gets a bit faster, we become used to the increase and want even more. With so many wireless-capable devices, can today’s 802.11n networks cut it?

Intel doesn’t think so. A technology called WiGig is capable of transfer rates that are ten times faster than any 802.11n network. WiGig utilizes the unlicensed 60 GHz frequency band and has delivery speeds up to 7 Gbit/s. This technology isn’t nothing new, but is finally coming closer to becoming a readily available standard.

Keep in mind that Intel is working with this technology, they aren’t the creators. Instead, WiGig is the efforts of the Wireless Gigabit Alliance, a not-for-profit company that hopes to further enhance wireless communication and data transfers.

WiGig isn’t just about sending that video file from your laptop to your tablet without wires. Intel showed off wireless docking technology and other efforts that look truly impressive. This includes transferring video and audio data wireless to speakers, monitors and even external HDDs.

Intel hopes that WiGig will help further remove the clutter of wires. The idea here is that the only cords on a desktop machine could soon become the monitor power cord and the tower power cord. Speakers, monitor video cords and everything else would be wire-free.

Needless to say, WiGig looks awesome. The new standard is expected to be certified in mid-2013, and shortly after we will see the first official WiGig compatible devices.