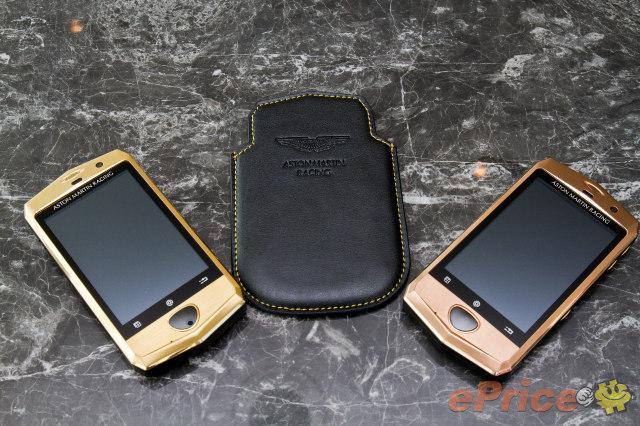 Want to spend $1290 – $1590 for a highly outdated Android smartphone? If so, get ready to whip out your wallet. Aston Martin is making a smartphone that runs on Android 2.3.6 Gingerbread. Besides using an outdate version of Android, other behind-the-times specs include 256MB of RAM (Yes, really), a 5MP back cam, and an 3.2-inch HVGA screen. To top it off, this thing has a not-so-blazingly slow 800Mhz single-core processor aboard.

The good news is that this thing is pretty. It’s also gold-plated. To be honest, I really don’t get it. Aston Martin is known for fast cars and luxury, 800MHz and 256MB of RAM doesn’t scream either of these things.They are already making a killing, even with the gold plating. Couldn’t they throw in at least a 1GHz single-core, 1GB of RAM and at least give us something that can reasonably run Android for such a price point?

Cool looking phone, but it’s more of a paperweight with these specs.Not the first time a major designer brand has put out crazy price tags for less-than-cutting edge tech- but at least the Prada 3.0 phone still sprung for a dual-core processor.

Bottom line: If you want luxury in a phone, stick to something like the Samsung Galaxy S3 or the Apple iPhone 5.