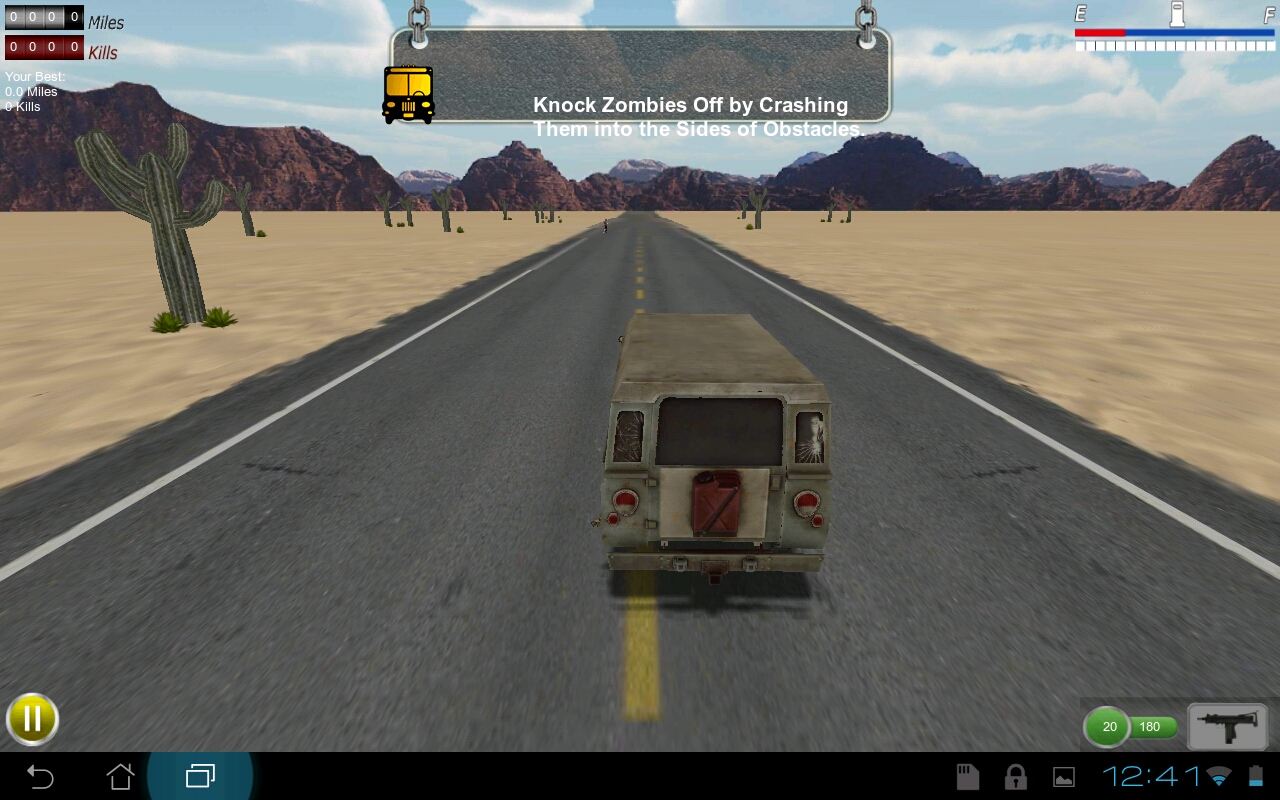 Before downloading Drive with Zombies 3D, I noticed that a lot of commenters on the app page were complaining about poor controls, which instinctively makes you think the game is going to play terribly, but fortunately the controls seemed very fitting. The aim of the game is to drive down a long dusty highway knocking into zombies and picking up fuel along the way. 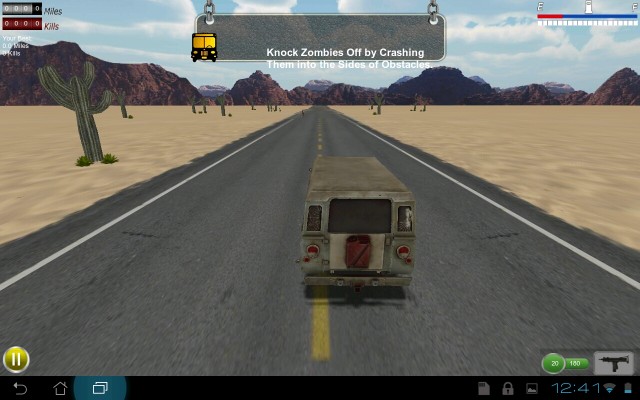 There are also objects placed along the highway which need to be avoided, such as rusty buses and cars, so it’s clear that we’re going to be steering from side to side very often. To steer, you tilt your device either left or right, and your vehicle will follow suit. If you’ve played any steer-to-control racing games before, you’ll notice straight away that the controls for Drive with Zombies feel quite different to the average racer.  In Drive with Zombies 3D you’ll steer at different speed increments; tilting your device a small degree will move your car slowly, but tilting it aggressively will obviously steer your car in a speedy, aggressive manner. You’ll have less control compared to games like the Asphalt series, but for Drive with Zombies, which plays on a straight road, the steering controls are efficient and quickly adaptable to. 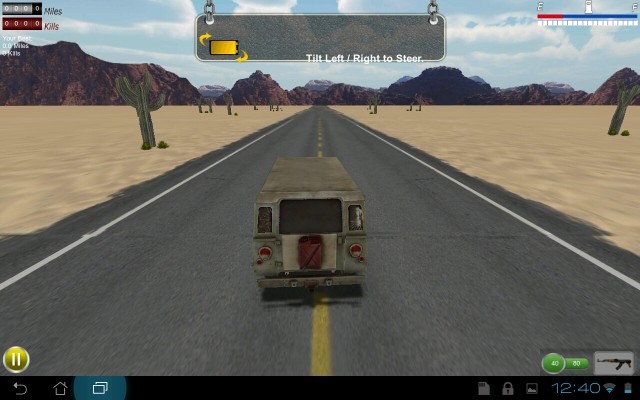 You’ll start with two vehicles to play from, but as you play, you’ll earn coins from completing achievements which can then be spent on new vehicles with better stats. You’ll also have a wide array of weapons to choose from, starting with an AK47, a pistol, and an Uzi, whilst being able to purchase stronger weapons like mini guns and sniper rifles.

Gameplay starts at a slow pace, but quickly picks up, and you’ll soon find yourself steering like crazy, trying to dodge vehicles, hit zombies, and collect fuel cans all at the same time. Drive with Zombies definitely has a lot of challenge to it and the achievements add a sense of direction to the game too.

There is a background track to Drive with Zombies, but it seems a little out of place for a zombie game, it’s upbeat and reminds the players that this is just an arcade game, so if you’re looking for an immersive zombie game on Android, you’d probably be better looking elsewhere. The noise made when you hit a zombie is definitely on par though, and although the zombies don’t any make noise of their own, you can always force them to make noise by running them over.. 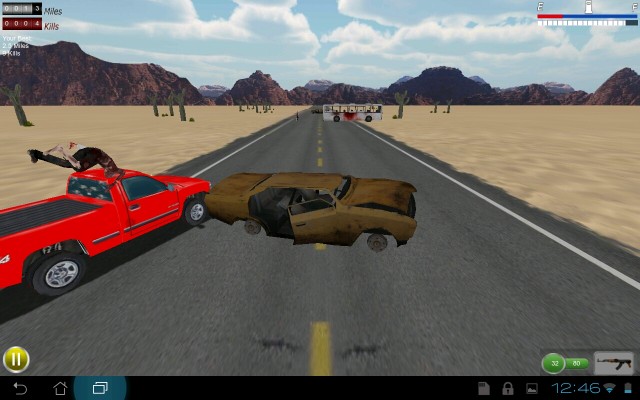 The graphics are impressive, they’re not top end but they fit nicely in this game, and the animations are top notch. If a zombie comes jumping towards your car, it’ll either make the jump or fall on the road to its death, which, compared to Mutant Roadkill, the animations feel a lot less broken. The different cars add your own personality to the game, and most of the vehicle models have been highly detailed and fit right into the zombie apocalypse.