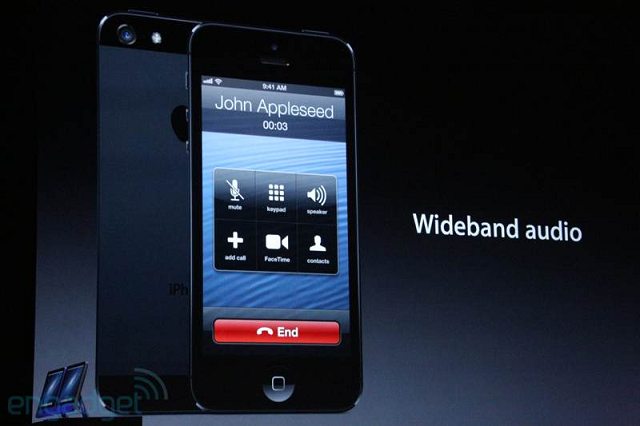 The U.S. Market might be a leader when it comes to 4G LTE, but what about other cutting-edge tech like HD Voice? One of the new features announced for the iPhone 5 was support of HD voice, which increases fidelity of voice calls.

The problem is that only one carrier in States has support for the technology, Sprint. So you can get your iPhone 5’s HD Voice fix through Sprint’s network, right? Unfortunately, it seems that Sprint’s Voice protocol for their HD voice runs through their 1x CDMA network, and the iPhone 5 uses GSM-based WCDMA technology for its HD voice.

The bottom line is that none of the U.S. carriers will support the iPhone 5’s HD voice feature when it launches. Verizon has done some initial testing when it comes to HD voice, so perhaps the Big Red will get it eventually?

The iPhone 5 has quite a few new and exciting features that make it a substantial upgrade from the iPhone 4S, so missing out on HD voice is far from a deal breaker. Beyond the new voice technology, the new iPhone makes use of a taller screen, a new dock connector, comes standard with iOS6, and has a much faster processor.

Are you excited for the iPhone 5, or do you prefer Android or another platform?