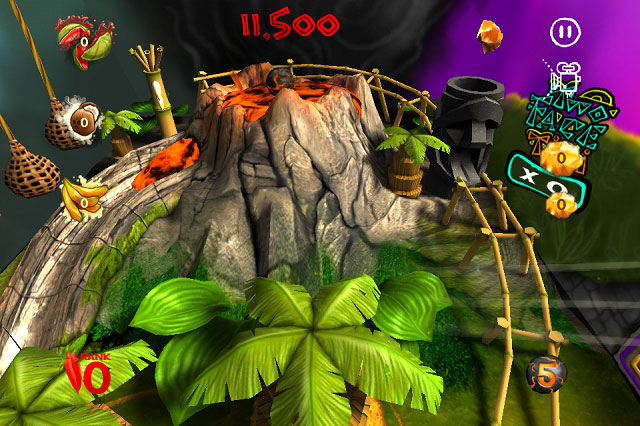 In a world of super pinball and special fire pinballs, Pin Tiki Ball keeps pinball mostly traditional. While the game just released on September 5, 2012, it shows a lot of promise to expand in future updates making the game more and more fun with each version. That is, as long as Operatio Apps continues to move in the right direction.

Pin Tiki Ball only has one level to play at the moment. Yes, that seems somewhat dull, but that one level contains a lot for you to accomplish. If you open the little book at the top, right of the screen, it shows you all the special area you can unlock such as stopping the lava from flowing and secret caves. It is more difficult than you may imagine. Also, by hitting palm trees with the ball, you unleash pieces of fruit that you smash for bonus points.

The name of the game is much like traditional pinball, which is getting the most points. By using three flippers that are controlled by a simple tap of the screen you can hit the ball at any of the aforementioned bonus spots. The more points you get the higher your score and you can eventually earn a place on the Pin Tiki Ball Game Center Leaderboards. Even though you want to try for the bonuses for high scores, Pin Tiki Ball has its own list of achievements you can complete, as well. If you complete an achievement or beat your high score, you can share it immediately over Facebook with your friends. 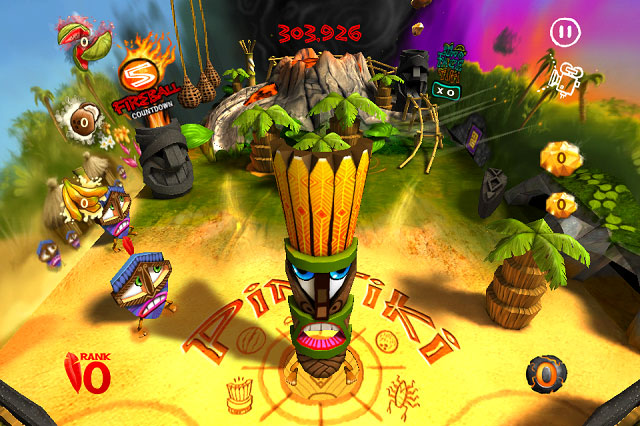 Pin Tiki Ball sports amazing 3D-esque HD graphics. The colorful environment and movement of the pinball “table” really make the game more enjoyable. One downside is that whenever the ball moves to the back of the “table” the camera zooms in to where the ball is. Understandably, the player may want to see what is going on, but at times the camera gets stuck zooming in and out while the ball is moving back out to the center of the screen.

Game audio is a simple and soothing tribal music along with sound effects that make you feel like you are on an island. The music and sound allow you to just sit back, relax, and have fun with the game. 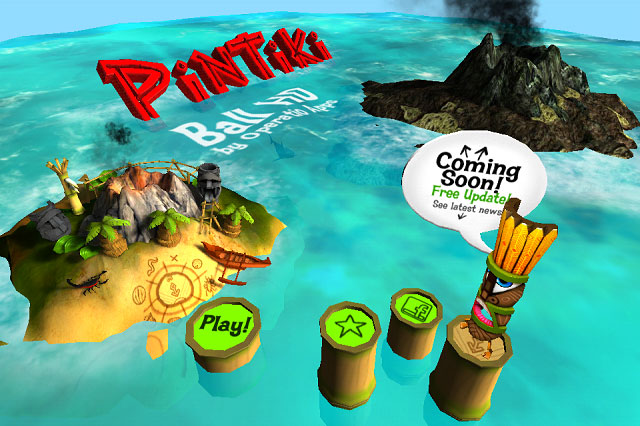 The current version (1.0) is the release version of Pin Tiki Ball, and already Operatio Apps has a list of fixes and additions for the next version (1.0.1), which includes faster game movement. This will definitely help give the game a more “real” pinball feel. I hope in the future Operatio will also release more levels; even if they release more levels as “packs” and want to charge a small fee. One level will get boring quickly.

In the end, though, the game is about fun and simply getting the most points. In that aspect, Pin Tiki Ball delivers.