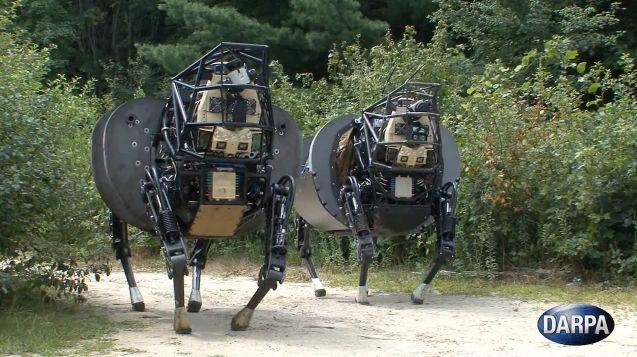 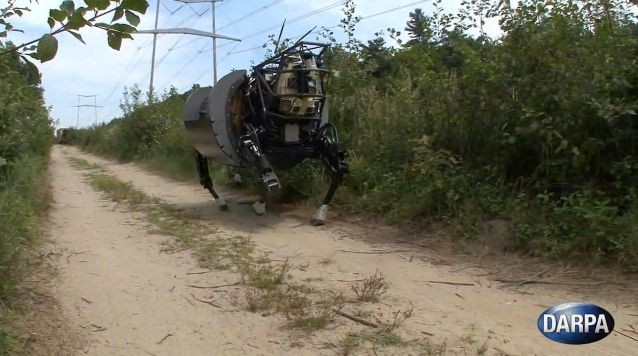 When you look at most of the robots being developed, the vast majority make use of wheels or treads to make their way around. That’s not the case with the LS3 “pack mule” bots being developed by DARPA, because they look more like giant mechanical bulls with four fully functional legs than anything else.

DARPA has a couple of new LS3 (Legged Squad Support System) robots to show off in a new video. The design clearly looks like it was somewhat bovine-inspired, although the part where the “head” would be almost looks like it was partially decapitated. The main purpose of the LS3 is to serve as a pack mule, “carrying heavy gear for troops over rugged, varying terrain.” Wheels and treads simply can’t transverse this kind of terrain the same way that legs can.

What’s cool is that the military personnel won’t need to control the LS3 bot at all, because it can work mostly autonomously; it can be programmed to “follow the leader,” so to speak, as well as respond to verbal and visual commands as needed. The new version has reduced noise (about one-tenth as loud as the original) and a top speed of about 7mph (11.3km/h) over flat surfaces. Even if it falls over, the LS3 can get itself back on its feet.

Dubbed “Big Dog” by builder Boston Dynamics, the DARPA LS3 prototype bots can be viewed in the video below. I can see how this would be great for remote camping trips too, though most people probably don’t have a DARPA-esque budget.