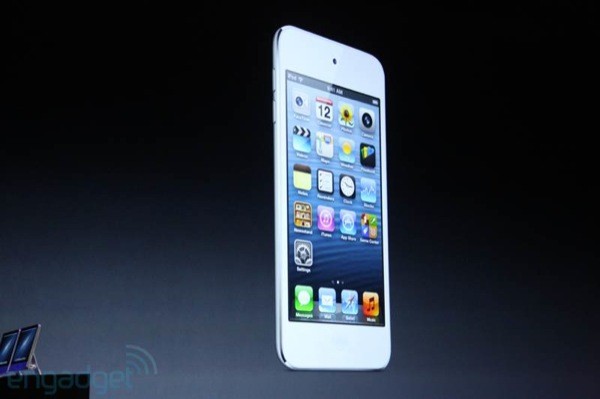 The iPod Touch has quickly fallen behind its brother, the iPhone, in recent years. Today is changing all of that- sort of. Sure, the new iPod Touch isn’t quite as powerful as the newly announced iPhone 5, but it’s close.

The iPod Touch 5th-gen will have the same 4-inch display as the iPhone 5, for starters. The power behind the devices is a bit different though, with the iPhone 5 getting the new A6 chip, while the Touch merely gets an upgrade to the dual-core world with an A5. This isn’t as good, but it’s still 7x the power of the last-gen iPod Touch.

Other features include 40 hours of music playback, 8 hours of video, a rear cam that’s 5MP, a 720p shooting front cam, image stabilizers built in and the inclusion of Siri. That’s right, everyone’s favorite digital assistant is making its way over to the iPod Touch.

The newest member of the iPod Touch family will have a 32GB model for $299 and a 64GB version for $399. It will sell in five colors: raw aluminum, black, blue yellow and red. Not surprisingly, last gen offerings will stick around for a while at reduced prices. The 16GB 4th-gen touch will set you back $199 and $249 for the 32GB model.

What do you think? Interested in the 5th-gen Touch or not?