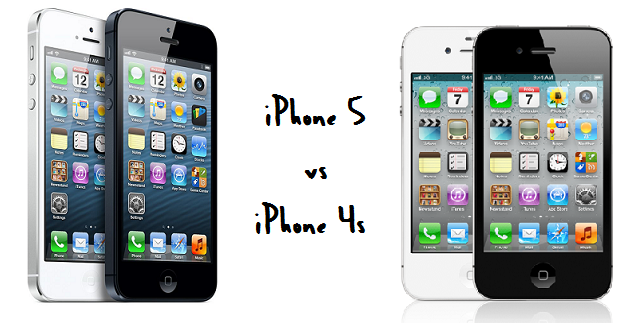 The iPhone 5 has arrived, but what does that mean for the iPhone 4S? Which is the better deal and how do they compare? While the iPhone will run you $199 for a 16GB model, you can get a 4S with 16GB of memory for just $99 with the same two year contract.

What about power under the hood, how much better is the iPhone 5 really?

Very similar all around.

The iPhone 5 has new dock connector, 4S has the older standard.

There are other specs and considerations, but these are probably some of the most important ones. It’s also worth noting that the iPhone 5 is a bit lighter. With the specs in mind, is it worth paying about $100 more for the 16GB iPhone 5?

Honestly, yes. The 4G LTE and larger screen alone make it a great move. If you have tons of money invested in older iAccessories, you might want to carefully think if you care enough about the LTE, larger screen and faster processor though.

For those that want a true budget offering at a great price and don’t care about lightning fast features, the iPhone 4 is free with a two year contract.