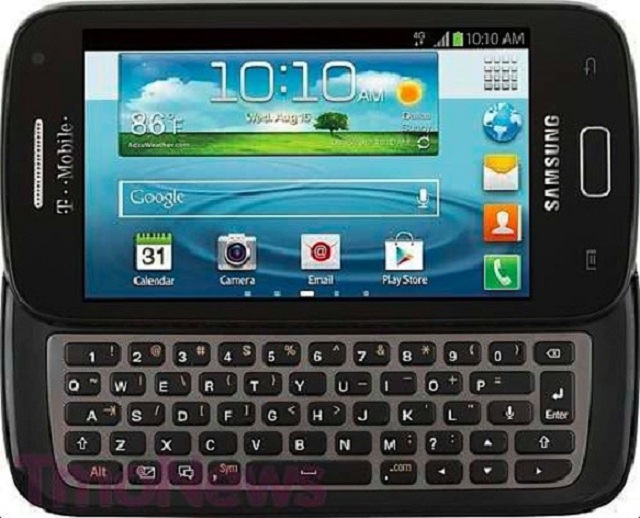 The Samsung Galaxy S Relay 4G certainly has had an up and down saga. When we first heard about the device it was going under the name Galaxy S Blaze Q. At the time we expected it to hit on August 21st. That didn’t exactly work out, did it?

Soon, the Blaze Q was back with rumors of launching ‘sometime’ in the future under the name Samsung Galaxy S Relay 4G. Now we finally have official word that T-Mobile will be offering the Relay 4G in just a few weeks.

According to T-Mobile, the Relay 4G is also part of the SAFE program from Samsung, which stands for “Samsung Approved for Enterprise”. This means it offers a full portfolio of enterprise-ready features and options, including on-device AERS-256 bit encryption and more.

QWERTY smartphones are usually a bit bulkier and heavier than keyboard-less devices, but it’s probably the best way to type for those that do tons of messaging and emails that wish to have tactile feedback.

While we know that the Samsung Galaxy S Relay 4G is finally coming, we don’t know what kind of pricing T-Mobile has in store for us with their exclusive Samsung QWERTY phone. How much would you pay for the Relay 4G?