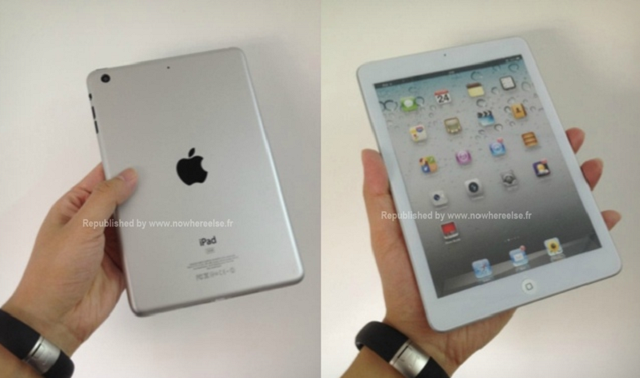 Tomorrow is the big day. Apple’s Press Event is expected to be the ground for the new iPhone announcement, but what about the iPad Mini? Some say its announcement is coming tomorrow, other rumors and sources indicate it isn’t.

The amount of information surrounding the iPad Mini makes it more than likely that it is a real product, but that doesn’t necessarily mean we will see it tomorrow. With that in mind though, a French website called Nowhere Else has given of the first leaked pictures of the 7.85-inch Apple iPad Mini.

Are the pics legit? I’d take the rumor with a grain of salt, it’s easy enough to make a reasonably convincing ‘mock-up’ in today’s age of technology. If they are real, it certainly fits all the rumored information for shape, design and overall look.

What do you think, will we see the much-anticipated iPad Mini tomorrow? Or is it destined to arrive at a later time, perhaps at its own special event? Considering the rumored October release, I’d say (if it’s real), the iPad Mini will be present tomorrow.