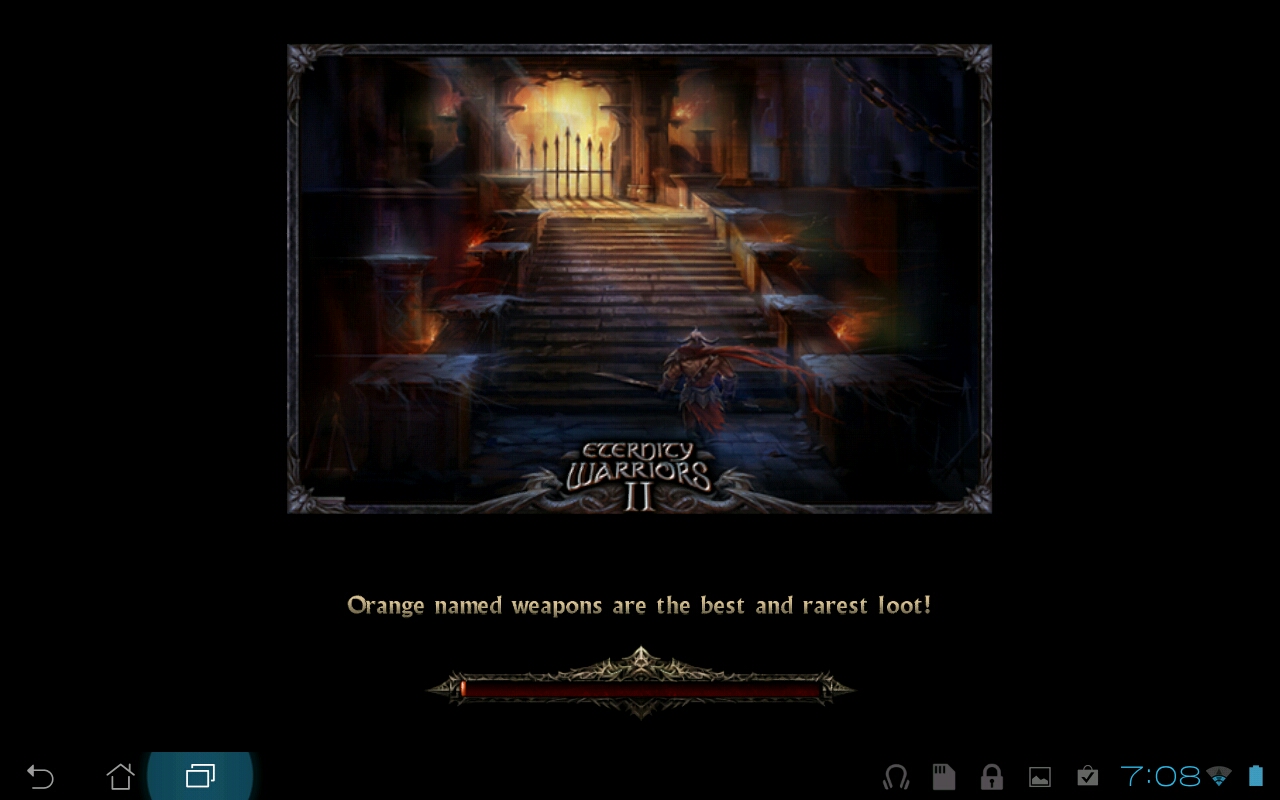 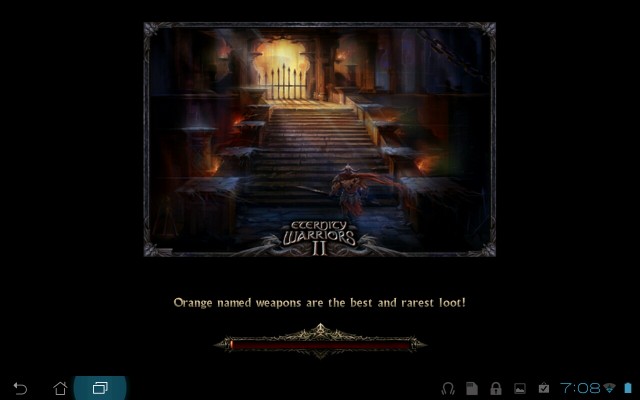 If there’s one 3D game genre that we’ve not been short on since the touch generation, it would have to be dungeon crawling games. Over the last year or two we’ve seen games such as Dungeon Hunter, Hero’s Call THD and Soulcraft, to name a few, all of which have sparked a tightly stitched niche for developers and gamers, but do we really need another one on the market? And is Glu mobile’s sequel, Eternity Warriors 2 for Android, really worthy enough amongst the crowd? Let’s take a look.

The gameplay for Glu Mobile’s Eternity Warriors is simple enough to understand, as with most dungeon crawlers, gameplay can be accessed by choosing different levels from the main hub, which will then take you into the various instances available in the game. From the main hub you can also upgrade your character’s skills, buy new equipment and potions, and look through achievements unlocked through the game. 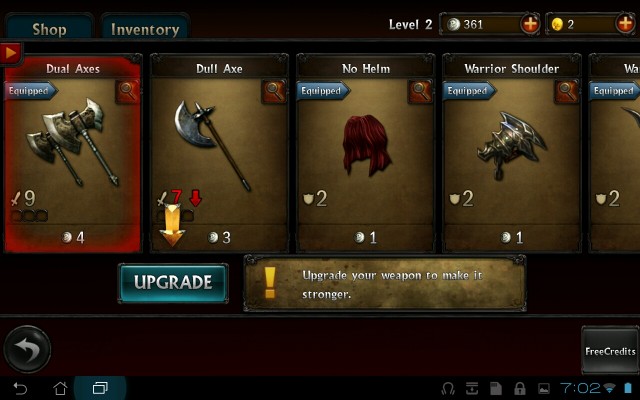 The controls are pretty easy to stick with, with a joypad on the left to control movement, and buttons on the right for attacks and different unlocked abilities. The controls are neatly displayed and large enough to avoid any misplaced fingers in the midst of action, but there’s still a lot of playing space in the middle of the screen. 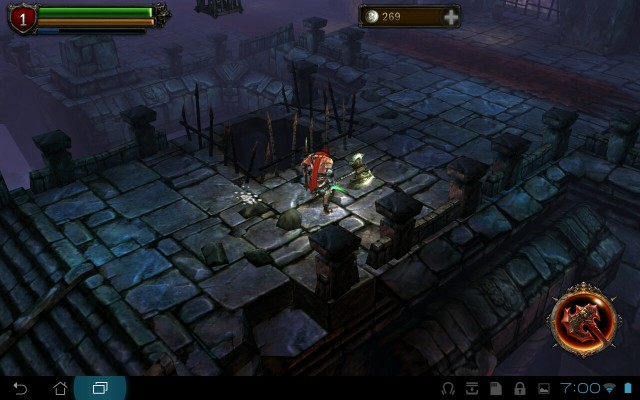 Gameplay itself is very hack n’ slash orientated, and you’ll find yourself fighting through hordes of enemies throughout different environments as you unlock new areas in the game. Through various intervals in the level you’ll come across a few ‘giant’ characters, which are like bosses, with a large health bar and a set pattern of attacks. As well as the giants, there  is also a boss at the end of each level. 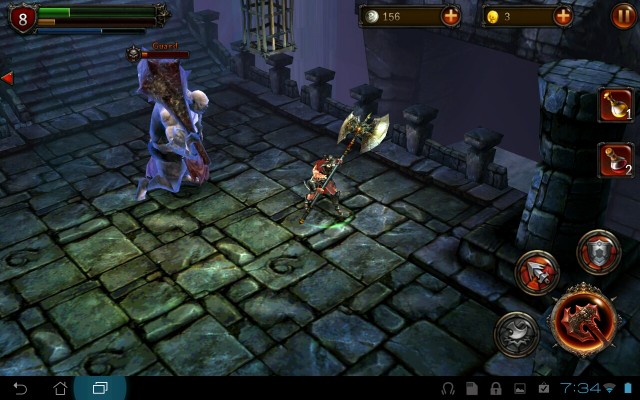 An interesting thing about Eternity Warriors is the vast amount of loot available in-game, you’ll find it scattered through the game in chests, and from defeating hard-to-beat enemies, the loot relies greatly on rarity and chance, so although highly unlikely, if lucky, you could end up getting yourself a decent weapon right at the beginning of the game. The weapons also have different rarities similar to the color system in Diablo games. 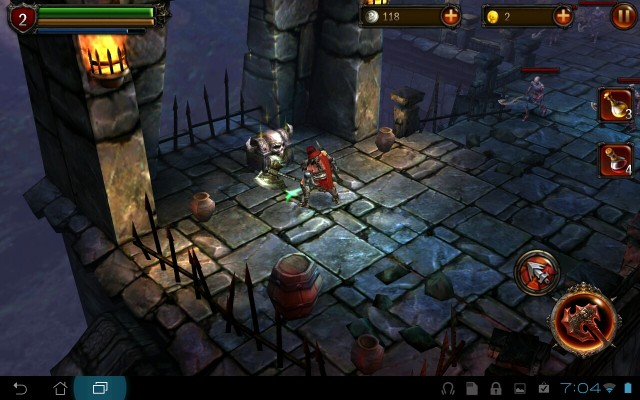 The overall feel of the game is rather Diablo-like, and with the multiplayer feature, it’s possible to play the whole game through with a friend, similar to the Diablo series.

Unlike Gameloft’s dungeon crawling game, Eternity Warriors sticks to a linear arrangement of levels, with four different environments in-game. You’ll start at level one and progress through the game, and along your way unlock achievements and beef up your character’s stats. Although there’s little story in the game, there is a huge progressive system to Eternity Warriors and I’ve been hooked to the rpg for a good few days.

The audio track fits in well with the game and adds to the tense action that Eternity Warriors tries to deliver, the different fighting sound effects sometimes seem a little out of place, and a lot louder than the background noise, making a little hard on the ears. The graphics feel of similar complexity to an original xbox game, and the different enemy models are well detailed and animated superbly. The interface of the main hub is displayed clearly and featured with beautiful illustrations of items and scenes in-game, adding to the overall graphics style. 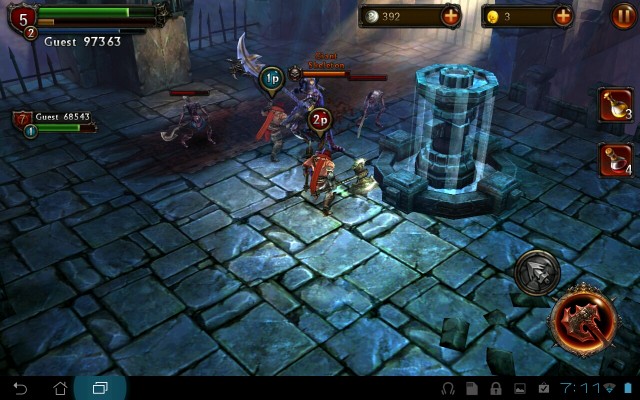 What is perhaps lacking is the variation in character appearance, making it difficult to tell between you and your friend whilst playing multiplayer, even if you both have significantly different gear. This is because the character’s colour rarely changes within game, and if it weren’t for the large ‘1P’ and ‘2P’ symbols above the character’s heads, you’d be spending most of your multiplayer experience trying to determine who is who.