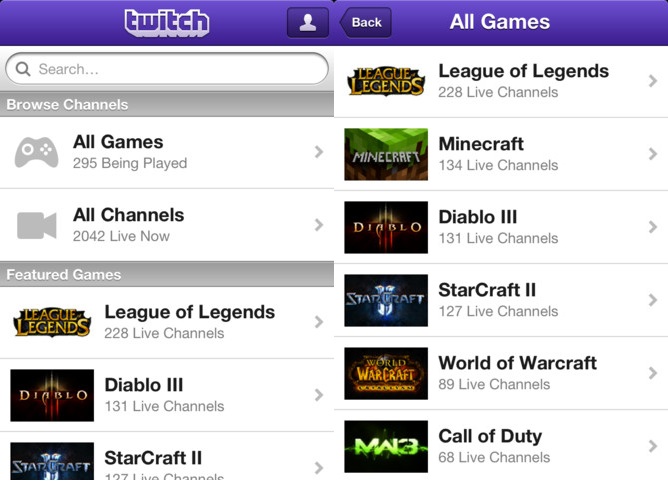 Combine the love of gaming with live streaming and you have Twitch.tv. Twitch allows gamers of all levels to join for free and stream themselves playing their favorite games for free. The website gets hundreds of thousands of views per day from people watching and helping their friends to professional gamers playing in national tournaments. Twitch.tv nearly holds a monopoly in the category of video game live streaming.

A logical step for Twitch.tv was to make an iPhone app. You cannot stream games from your phone using the app, but you can watch your favorite streams. When you open the app you are met with a list of the streams you are following and the games with the highest number of streamers at that time. You can use the search bar to search for a streamer or game, or you can browse all the games. Push notifications also inform you when a streamer you follow goes live. The Twitch.tv app also includes the ability to sync the app with an Apple TV to watch it on a big screen. 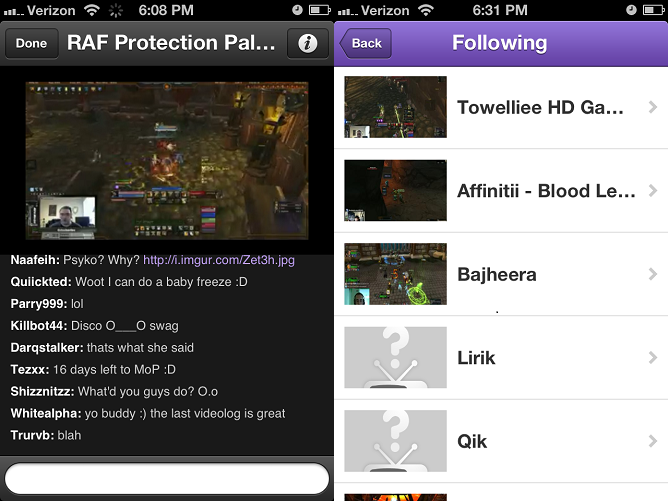 Overall, the idea of the Twitch.tv app is sound. Currently, as of version 2.1.1, too many issues exist with the app. While it is a free app, I find myself getting too frustrated with the freezing, crashing, and low quality streams. I would much rather wait until I can view a stream on my home computer. The Twitch.tv app would benefit from having the replay option and an option to manually control the quality of a video. At the very least, once the crashing and freezing issues are fixed, many more people will enjoy watching video games being played live where ever they are.