Monster Galaxy is a game that was previously released on Facebook and has been ported over to touch screen devices. The game itself should remind you of Pokémon, gameplay is also similar.  It starts by asking you to choose your character, or in this case, tamer, as the game has called it.  Just like Pokémon, there is only a choice between male or female, and other than that customization options are unapparent. You’ll then be taken to choose your first Moga, a creature that you’ll be relying on to fight the battles in the game. There are three to choose from in the beginning, but shockingly only the first one is free, the other two cost up to $5 in real cash. Galaxy Monster seems to be asking for our wallets already, and we haven’t even started playing the game yet. 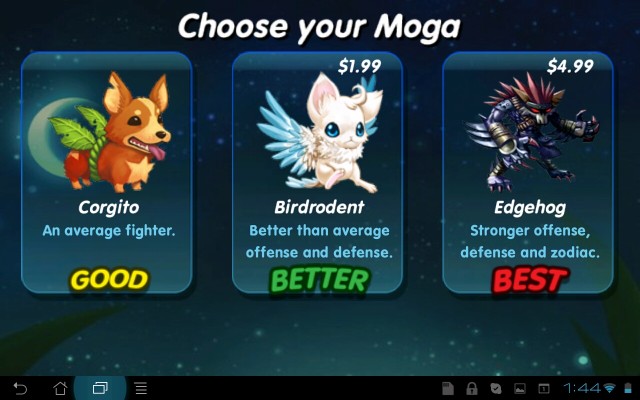 Freemium content aside, the gameplay itself isn’t too bad. There is a story around your character and the Moga’s that inhabit the world, which helps to add a sense of purpose to the game. You’ll travel from location to location by tapping areas on the screen, and then entering battle. 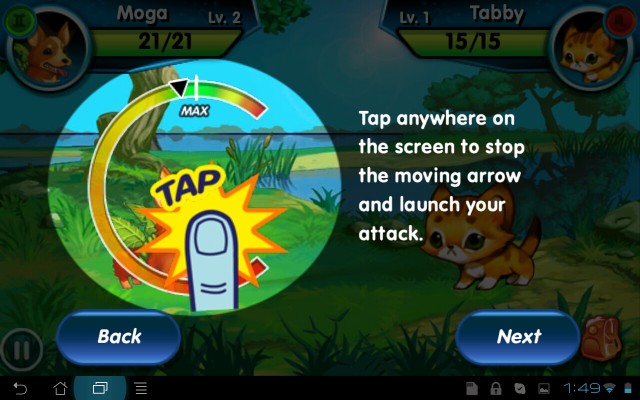 In a battle, gameplay is simple. You have a bar at the top that moves up and down, and the aim is to tap the screen at the max position, inflicting the most damage on your opponent. Your opponents attack damage is determined by its zodiac sign and level. If you’re a Pokémon fan, you’ll understand that Zodiacs work in a similar way to attack types; different Zodiacs have different weaknesses and strengths towards other Zodiacs, and each Zodiac type also has their own devastating move which can inflict a ton of damage if executed on the correct enemy. The gameplay is extremely limited and lacks action, but the use of Zodiacs and the attack bar allow the player to be a little more involved. 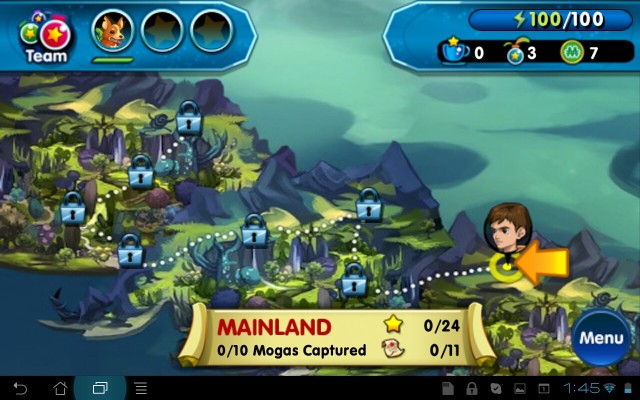 Unlike Pokémon, you won’t really move in a world, instead you’ll click on instances on a world map as you come closer to your ultimate goal; capturing all 137 Moga.

There are different world maps which are unlocked throughout the game, and each world has a different set of Mogas, meaning to unlock them all, you’ll have to explore the game thoroughly.

If you’re not a fan of freemium heavy games, Monster Galaxy may be something you want to avoid. Practically every Moga can be bought with real cash, and the game uses an annoying energy system most likely derived from many of the other facebook games on the internet. 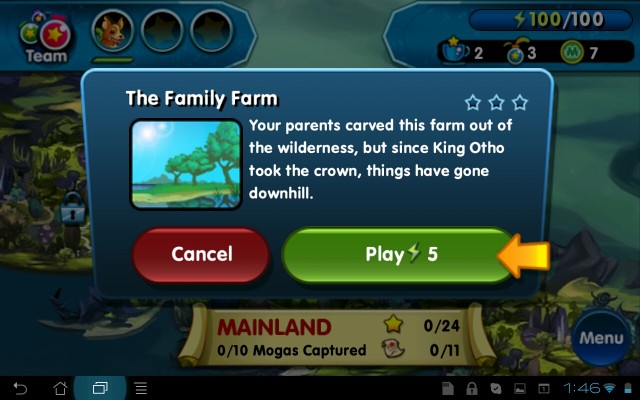 The energy system isn’t too annoying if you’ve got time to do other things, but what really stretches is it too far is that the further you progress through the game, the more energy battles will cost. And with no clear way of boosting your total energy, this game seems entirely reliant on the freemium purchases to avoid a stress-free experience.

It’s a shame the freemium content has been so badly implemented, because the game is very appealing. The graphics for both the characters and Moga in-game are innovative, taking inspiration from life to create fascinating creatures. The game is very kid-friendly, and the colors are bright and contrast is great. This is certainly one of the kiddie games you’d be embarrassed to be caught playing on a weekend indoors.