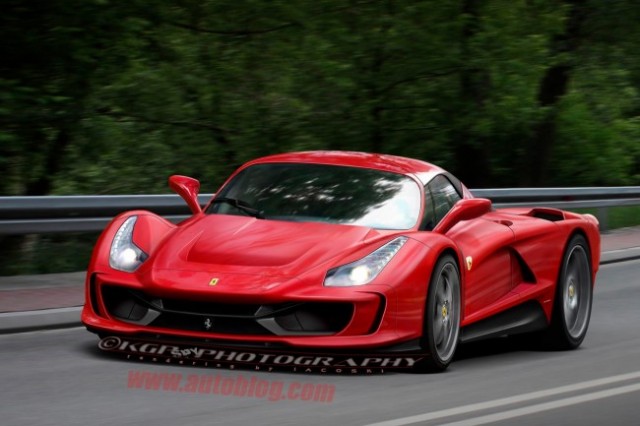 Growing up, one of my favorite supercars had to be the Ferrari F40. It was just a gorgeous machine that was remarkably fast. Ferrari is continuing the long-standing tradition with the upcoming Ferrari F70 and, yes, she’s a beauty.

Now, while these may look like real photos of the Ferrari F70 upon some European motorways, they’re not; instead, these are just really, really good renderings of the Italian sports car. The renderings are derived from actual spy shots and should be reasonably accurate. We’ll be able to confirm these kinds of details when the F70 is supposedly revealed to the world at the 2013 Geneva Motor Show. 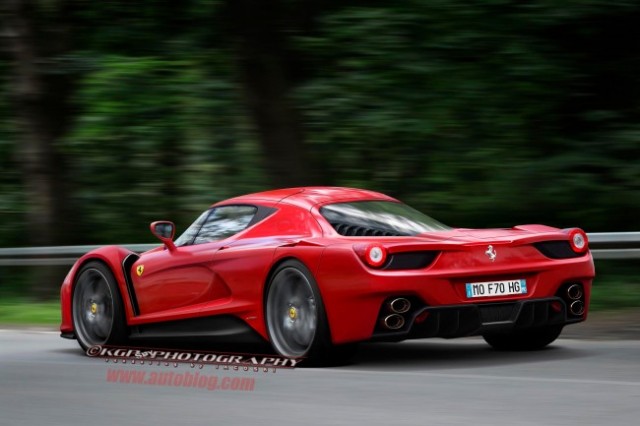 As I understand it, this is the successor to the Ferrari Enzo, which was colloquially called the F60 in some circles, since it followed the Ferrari F50. The Ferrari F70, which may receive a new name when it is officially announced, has a rumored top speed of 250mph with a 0-60mph time of 2.5 seconds. People are saying there will be a massive V12 in there to push out that kind of power.

I’m just hoping that the boffins at Top Gear UK get their hands on this car sooner rather than later. Jeremy Clarkson just might say that this is the most beautiful supercar “in the world.”