It’s not often that you come across a highly-polished free arcade game in the Google Play Store, but when you do, you’re almost always in for a treat. Punch Hero is no exception, with simplistic pick-up-and-play gameplay, and a wide range of upgradable and purchasable equipment, balanced out with a rewarding progression system, Punch Hero offers us a game that can be played lightly for a couple minutes any time of the day, and keeps the gameplay fresh for us to come back to and play whenever we’re feeling a little bored.

Punch Hero is simple enough to approach, with a control layout that negotiates the shared space between our fingers and eyes appropriately, using swipe and tap commands to execute different punches, such as uppercut or jab. 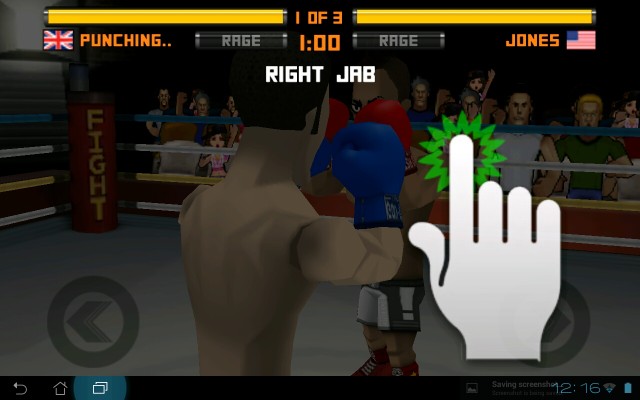 Split into a few gameplay sections which can be accessed from the main game hub. The hub features two game modes, the primary one being an arcade mode, which pits you against other boxers as you fight your way up to the top. The boxers become progressively harder, and it soon becomes not just a matter of choosing the right stats and equipment, but also about quick reflexes and good fighting tactics.

Once you finish a fight, you’ll be rated on your performance, and be given an amount of coins based on three areas; offensive, defensive, and bonus. You’ll also earn experience which will level you up, giving you a stat point to upgrade your character’s health or damage dealt.

Leveling up is an important factor in Punch Hero, and it determines what new gear you can buy and new abilities you can unlock from different shops available from the hub. There are a lot of aesthetic items  in the game that try to take your hard earn coins away from you, but if you’re looking for trying to complete the game, focus on purchasing stats upgrades instead, as unless you’re going to be buying coins with in-gold cash, you may find it difficult to get through a single playthrough without repeating missions to earn coins. 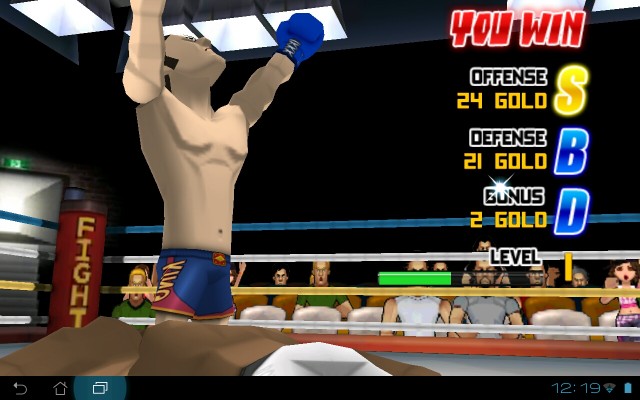 On your first play, the game only briefly goes through the controls and throws you straight into the game, almost leaving the briefly learnt layout behind. Luckily the first challenger isn’t exactly what you’d call professional boxer material, so you’ll have no problem standing there swiping the screen in strange directions to get a hold of the game.

After getting a little used to it, the controls actually feel very intuitive, and the swiping gestures add to the dynamic action of Punch Hero, taking you closer to the fight. After a good few plays I almost had myself fooled for playing a Wii game.

It’s not only the controls that make it feel like a Wii boxing game, but the fighting animations too. The layout of the boxing ring feels similar to that of Wii boxing, and in my opinion, gameplay can feel quite similar. 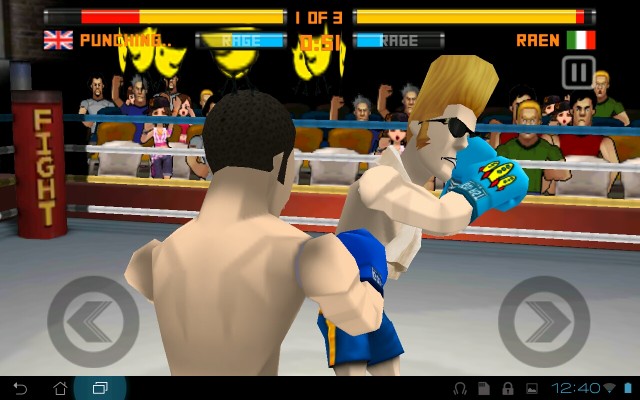 The overall stylization of the application makes it feel very child orientated, and although you’ll see a few bruises and magically appearing plasters on the player’s faces, the game has no blood at all, and makes for a very kid-friendly app.

Another feature of Punch Hero is the option to take a picture of your friend’s face and use it as a challenger, and then watch their reaction as you beat them to a pulp … Lovely.

The audio is superb, and features well placed punching effects and a fitting audio track to go with it.

Overall the design of the app is far from AAA quality, but it’s clear the developer has gone for a more simplistic, cartoonlike approach.