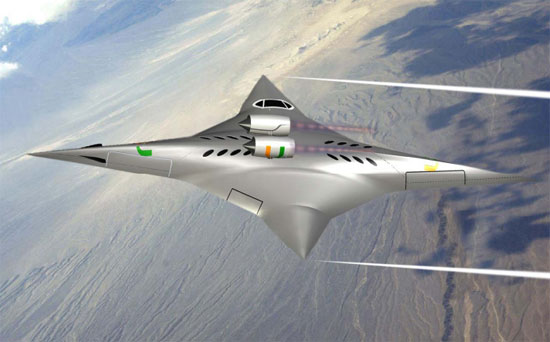 The University of Miami has begun working on quite a unique concept plane. This aircraft actually goes supersonic with 90 degrees rotation. The project hopes to deliver a top speed of about Mach 2.0 (around 1500 MPH)- this means it would allow passengers to travel from the East to West Coast in about two hours! The craft concept can even hold up to seventy people.

The aircraft would be able to take off in under 2,500 feet and easily rotate to go into a supersonic configuration- with log drag and no sonic boom.

What really makes the craft unique is that its rotation system allows it to turn its nose and tail into wings while traveling at high speeds. The design is very odd, to say the least, but it could essentially prove to really speed up the time of travel if it works out.

While this is just a concept, it does have a pretty big backer- NASA. While NASA isn’t involved in building the craft, it recently provided $100,00 for wind tunnel testing and plans to pledge up to another $500,000 in the near future to help the project move further along.

A flight across the US in such a small amount of time is more than impressive, and essentially would massively cut down travel distance globally. What do you think of the concept aircraft?