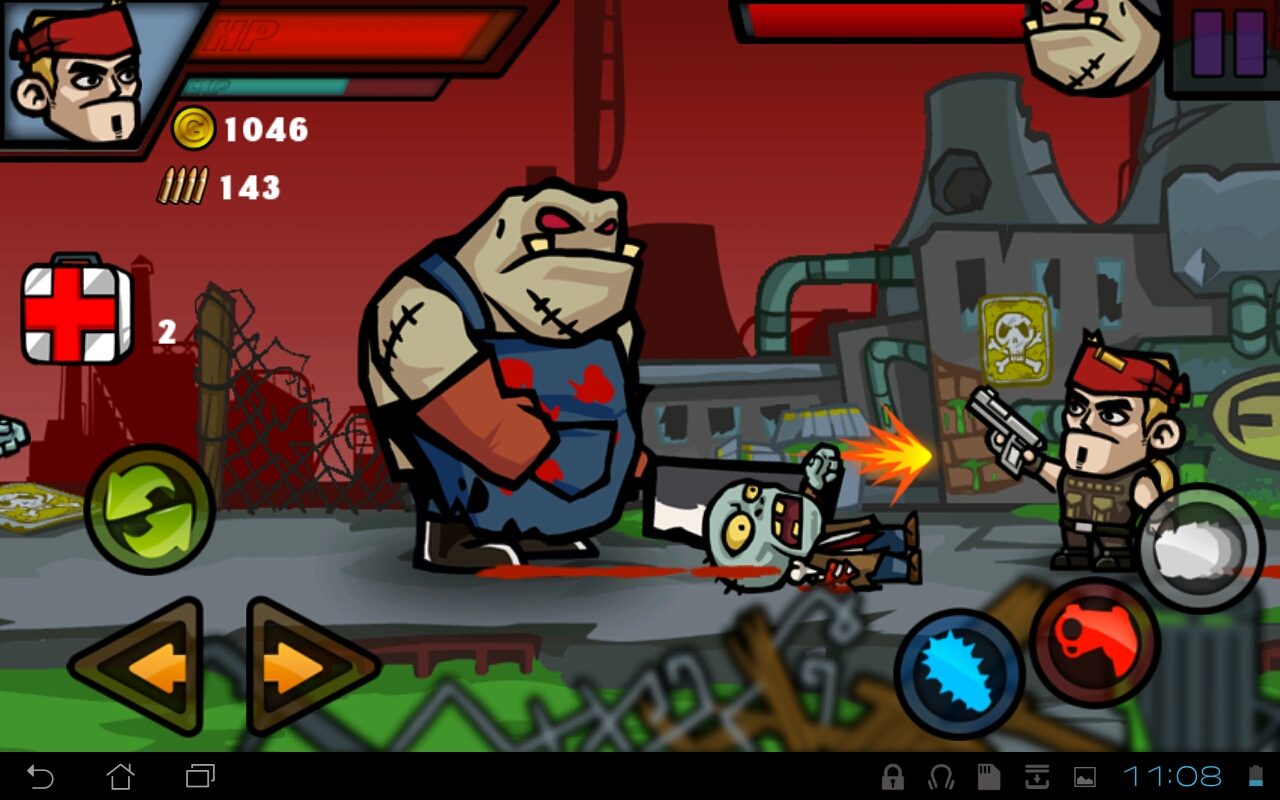 Zombie Terminator has a few on-screen buttons that control your character. The buttons are easy to access and are comfortable to use on a tablet or a phone. 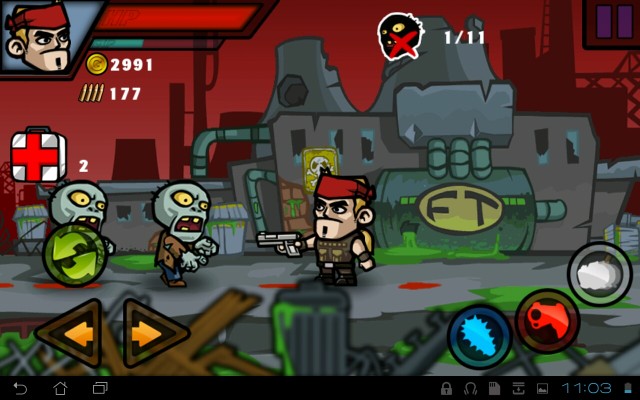 On screen you’ll have two arrows on the left to control your movement from left to right, and three action buttons on your right which act as your melee weapon, trigger finger and roll ability. Above the arrow controls, you also have a med pack slot and a weapon switch button, both key to survival in the zombie apocalypse.

When you first enter the game, you’ll be taken to a main hub, which contains important functions that you can’t access whilst fighting zombies. From here you can upgrade your weapons, buy health packs and ammo, and look at unlockable achievements. Once you’re geared up, you can move onto the mission select screen. The mission select screen features a map with different missions available, and once you choose a mission the fun begins. 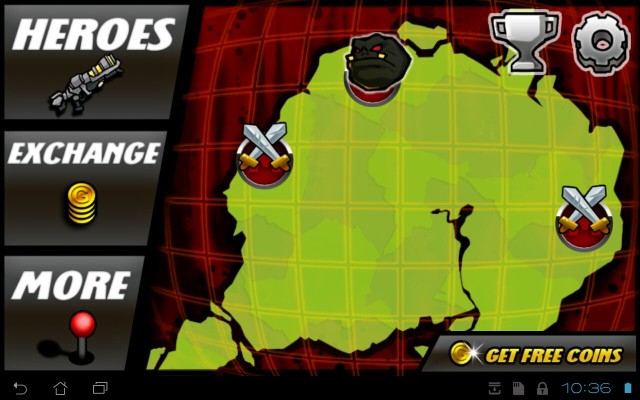 Probably the most enjoyable missions in the game are the boss battles; these require you use tactical play to kill a large monster. As you level up, different bosses will appear, and along with the well-structured experience system, unlockable gear and dose of achievements, the game has a very addictive progression system. 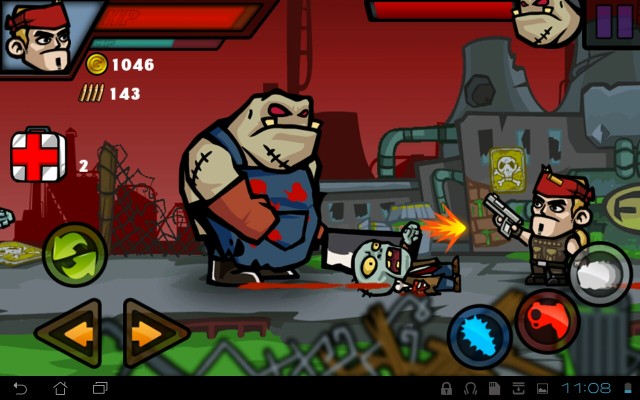 Zombie Terminator has cartoony style graphics that remind me a little of alien hominid, the simple and playful backgrounds go nicely with the bold zombies, and although you’ll often encounter swarms of zombies, the game screen never feels too overwhelming, even with the strong contrast of colours.

There are a few zombie types, but past level five you’ll see the same models being used over and over with very little changes, and the background scenes can become quite repetitive.

Despite that, the game has well-fitting music, and gory sound effects that Zombie Terminator couldn’t do without.

Even though the game is bright and cartoon-like, it is still filled with blood and guts, and seeing as this is a zombie game, they fit right in.

The text is a little sub-standard, ruining the game a little for us English players because it’s so badly translated, and it takes a huge chunk out of game immersion.