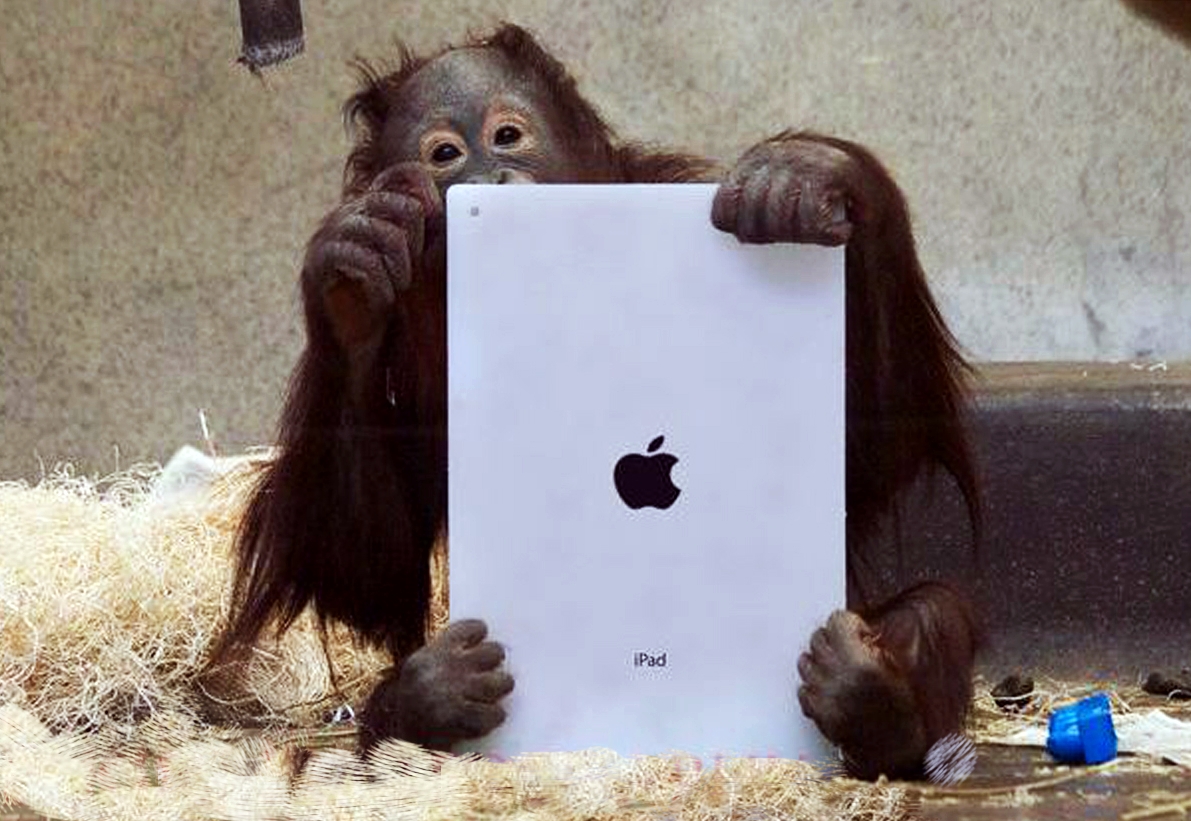 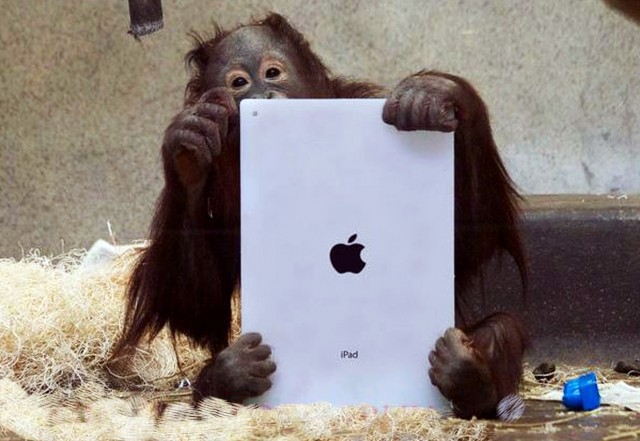 Love your iPad? So do Orangutans, apparently. That’s right, orangutans make use of technology too, at least in twelve zoos across the United States and Canada they do. The program is called “Apps for Apes” and basically sets to give about fifteen to thirty minutes of iPad time to Orangutans, twice a week.

So what do orangutans do with their iPads? Many of the same things as we do, actually. They watch YouTube videos and play games. The time allotted depends a lot of their behavior and attention span during the iPad session. The games involved are generally similar to what many children play on the iPad- such as matching games, painting and music.

Zookeepers also are looking into the idea of using communication apps to allow the orangutans a way to better “speak” their minds. For example, if an orangutang has a toothache they can tap a picture of a tooth and communicate the problem. Apparently, even one intelligent orangutan in Florida makes use of the iPad by navigating the touchscreen with her feet, because she happens to be armless.

While the program doesn’t replace other interaction programs for physical stimulation, it’s a great way to mentally challenge these great creatures. For those that don’t realize it, orangutangs are really very smart- about the same intelligence level as a small child. Having apps that can engage and challenge them is great.

One thing worth noting is that, at the moment, the zookeepers work with the orangutangs to handle the iPads- due to the frail nature of electronic devices compared to the massive strength of an orangutang. The program behind the “Apps for Apes” is hoping to eventually develop sturdier cases that might make them more resistant to accidental damage.

At the moment this program is limited to the US and Canada, and relies on iPad donations. “Apps for Apes” does hope to expand soon to zoos across the globe, including New Zealand, Japan, Europe and Australia.

This is a really cool idea, that goes without saying. A word of caution though, it starts with orangutangs using iPads, then speaking, next thing we know it: Planet of the Apes.