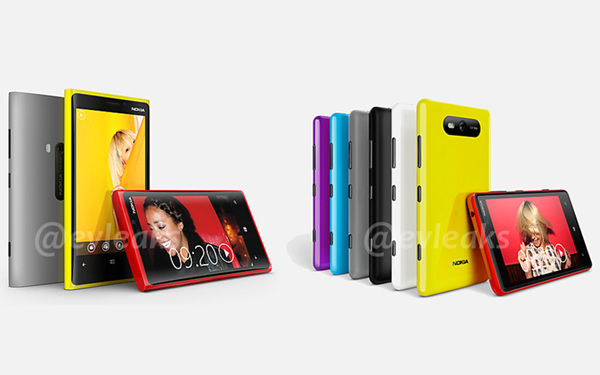 Earlier today we reported on the leaked HTC 8x, now comes yet another Windows Phone 8 device- this time by Nokia. Windows Phone is far from the leader of the mobile market, but WP8 has recently started to get more and more attention focused on it as of late.

When it comes to WP devices, Nokia has certainly emerged as the de facto leader, pushing the WP standard to the highest level possible. The new Nokia Lumia 920 will likely not be any different. We don’t know tons about the upcoming phone yet, but we do have a little information about the hardware involved.

The Lumia 920 will feature a 4.5-inch screen, 1.5GHz dual-core processor, wireless charging, 1GB of RAM and 32GB of storage memory. The camera on the new 920 is also part of their PureView line. For those that don’t remember, the most powerful PureView device features an impressive 41MP lens. The Lumia 920 certainly doesn’t go that far, but it does feature an 8MP back cam and 1.3MP front cam.

Between a reasonably powerful camera and the wireless charging features, the Lumia 920 sounds rather impressive. The dual-core might not sound like much, considering Android devices now have quad-core power, but this can be deceiving. Windows Phone 7 was optimized in a way that its single-core hardware ran just as capably as the dual-core Android phones. If this holds true with WP8, a dual-core might run better than you’d guess.

What do you think, interested in getting your hands on the Lumia 920? For the moment, the new handset is yet to be officially announced, but its likely on a matter of time.