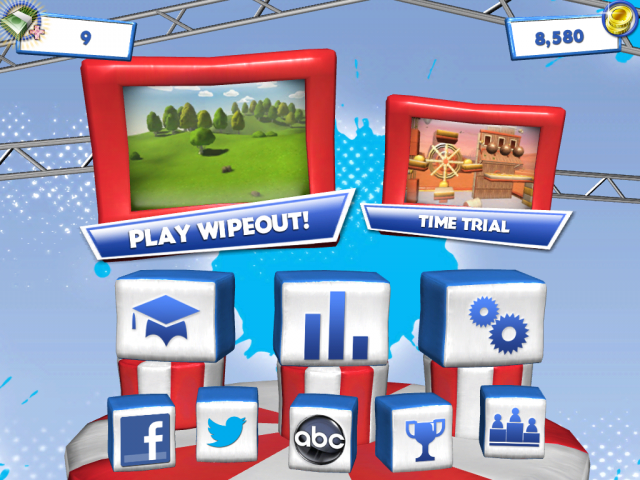 Ever seen the TV show, Wipeout? For those who haven’t, this show is all about making your way through obstacles while trying to beat time records. I will admit that I don’t regularly watch the show, but I’ve caught a few episodes before and it’s actually pretty interesting to watch.

The big question though is: “how fun is it to play a game based on the popular TV show?” Let’s take a look.

Like the TV show, the objective of the game is to make it through without getting knocked off, all while achieving record times. Each stage has a timer and you have to complete the stage within that time. The quicker you do, and the less bumps or falls you take, the better off your chances at ‘winning’. The game starts with a qualifying round, a themed challenge and the Wipeout Zone- similar to the show. Of course the show traditionally has four rounds, not three.

Gameplay is really easy to pick up. I’ll admit the first time I played, I had a little trouble, though. Instead of trying to read any instructions about the controls, I attempted to dive in head first. I could figure out moving easy enough (drag left to backwards, right to walk/run forward)… but not jump. I easily was able to pause the game where I quickly saw something labeled “controls” which informed me jumping was as easy as tapping the right, lower corner- yes I felt pretty dumb that I didn’t think of that on my own.

The game is very addicting. The action is quick-paced and simple. This is a good time-waster. I admit it doesn’t lure me in as well as Jetpack Joyride, but it’s pretty close. There are also a far amount of unlockable extras- courses, helmets, you name it. 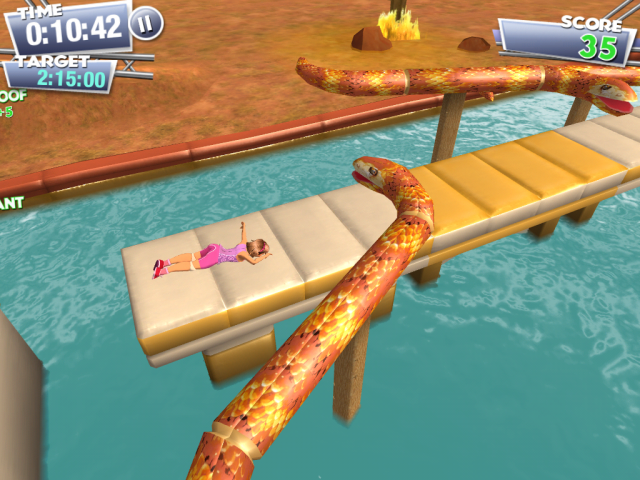 Nothing that outstanding to report about the video or audio in Wipeout. The music isn’t anything that you are going to be humming around the house for days to come, but it’s not necessarily annoying or distracting either.

As for the graphics?

The graphics are something you’d find in many of the mid-to-high quality Xbox Live Arcade and PSN Store games that are under $15. Considering Wipeout is only $1.99 though, it’s not bad graphics by any means. One thing worth noting is that this game is supposed to work great for the iPhone 3GS and newer devices (support for iPod Touch and iPad, too)- so it’s bound to be compatible with just about any iOS device you throw its way. 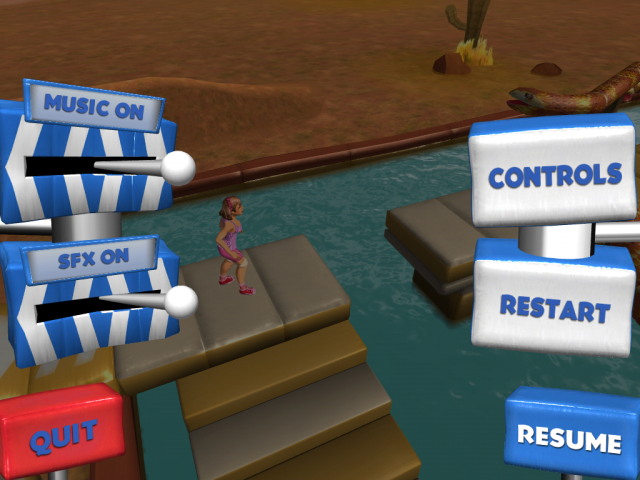 What makes Wipeout most exciting is the physics engine involved in the game. While the graphics and sound might not be much better than what you’d find in a late-90s or early-00s console game- the physics are much more advanced than something from that era.

The physics in Wipeout allow relatively accurate responses to obstacles and wipeouts. When you hit into an obstacle, the force and angle of the hit from the obstacle is taken into account. Sometimes it pushes you a great distance, other times it just barely knocks you down. 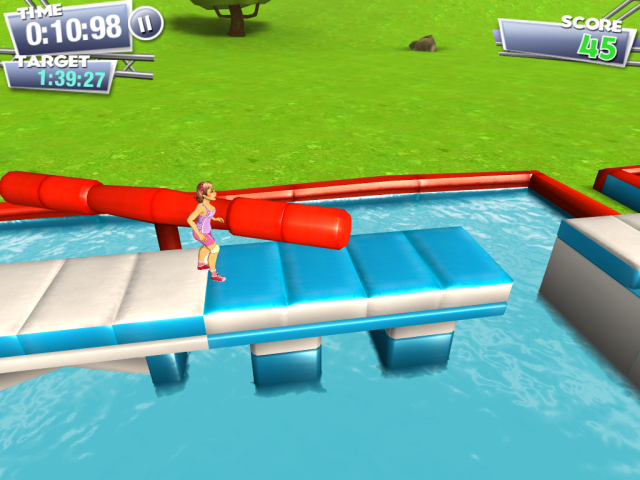 The developers at Activision clearly did their homework here. This really does play a lot like the TV show experience, but at the same time it is challenging and addicting enough to appeal to even those who’ve never heard or watched the show before.

There are many other great fast-paced action games out there for iOS, so is this one worth the $1.99 to get it? Honestly, yes and no. If you like the show, I’d say its a resounding YES. If you’ve never seen the show, you will still like this game I’d strongly consider it if the idea of reacting quickly to obstacles appeals to you. This game is meant to bring in players to the fun-paced action and obstacles of the show while providing a great time waster. In those regards, it executes near perfectly. I’d give it a rating of a 9 out of 10.

Keep in mind that Wipeout is only for iOS, not Android or other mobile platforms. You can get it now for just $1.99 through the AppStore.