Earlier this year, 100 floors was released by Tobi Apps, it became exceedingly popular and quickly made a ‘room escape’ niche in the market. A few months later we saw countless clones and remakes of the game, and today, we’re looking at one that has speedily taken a high spot in the Google Play store.

Before we get started, if you don’t know what a room escape game is, it’s a puzzle game that makes use of smartphone capabilities such as multi touch input and accelerometers, to create interesting puzzle mechanics that trigger actions in the game that are needed to progress through stages. 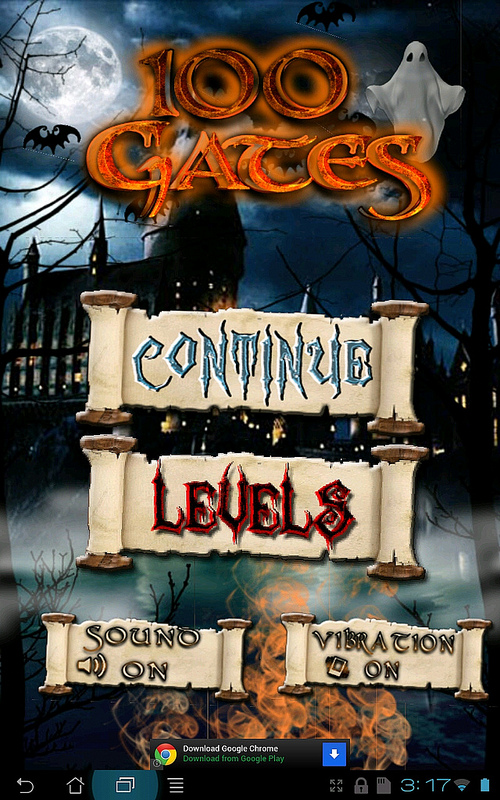 Like mentioned before, 100 Gates heavily relies on your touch screen and other components that help make your smartphone tick. In 100 Gates the gameplay starts off nice and slow, allowing the player to dip their feet in the water. The first stage simply requires you to tap on the door, and that’s it, on to stage 2! Although the first stage may be easy, don’t let that fool you, as like many puzzles, 100 Gates’ difficulty quickly increases, and you’ll soon be struggling to find an answer to the puzzles. 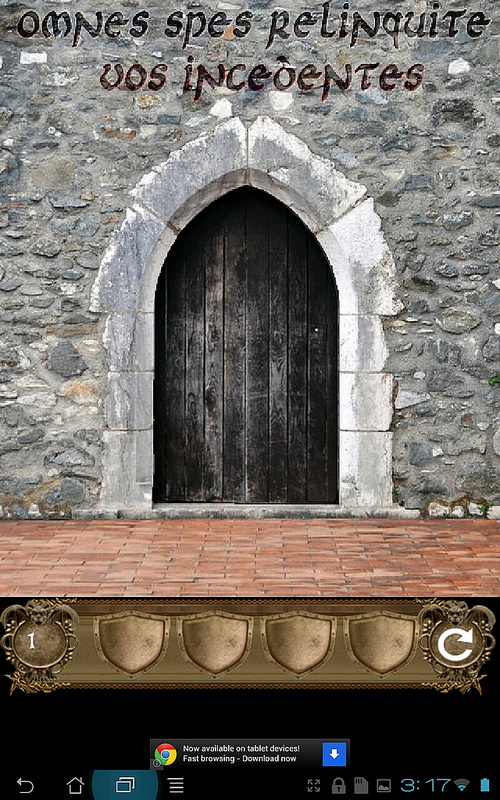 The appeal to ‘room escape puzzles’ is probably the subtlety involved on each stage; there’s no clear buttons or switches, and although you’ll see similar puzzle elements throughout stages, they’re usually immersed so deep into the level that you may find yourself tapping madly across the screen in the hope to find the stage solution. The 100 Gates developer has done an outstanding job at creating puzzling stages, and although at times the level design seems a little mediocre, the gameplay itself is far from it. Similar to many others, there is a row of inventory slots at the bottom of the screen, which can be filled with items whilst progressing through the stages, but what’s interesting to note, is that unlike Tobi App’s original, items rarely stay in your inventory throughout multiple stages. 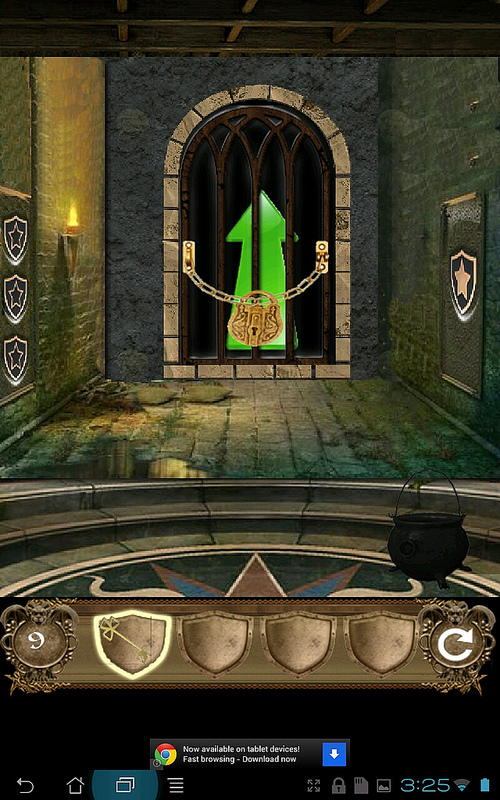 Most triggers in the stages work great, but occasionally you’ll come across finicky triggers that don’t seem to work how the developer would have wanted them to. Usually triggers involving the accelerometer don’t work too well, which tends to lead to a broken game experience.

100 Gates is themed in an eerie atmosphere, including ghosts, ghouls, and other demonic symbolization. The images have a very realistic look to them, and it’s hard to determine whether the stage backgrounds are photos, amazing graphic work, or a mixture of the both. The game has been designed mainly for smaller devices though, so those with large displays and low pixel density will experience slightly grainy, pixelated images.  There are various sound effects to add to the excessive tapping and spinning of your device, which is a tremendous relief, because without them, the more difficult puzzles would leave us looking  worryingly lost and confused.