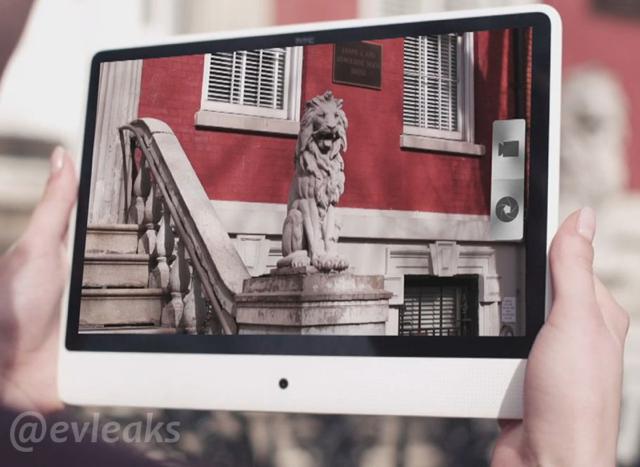 In the last few years, HTC has quickly moved away from a major innovator and leader in the smartphone world. As a result, the company has also suffered from more than a few fiscal setbacks in recent times.

Despite fiscal troubles, HTC isn’t going to sit idly by and do nothing. The company has started slashing prices recently and even seems to be work on a new tablet which may be shown off later at IFA this week. The new 10-inch HTC tablet certainly isn’t the sexiest tablet on the market, but it is clearly something unique and different from the rest of the pack.

The tablet itself looks somewhat like a digital photo frame or something, not your typical tablet. The thick bezel around the side/bottom is very different and makes it clear that this thing is best held vertically. The camera is also in a pretty odd spot compared to most tablets on the market.

For now it’s hard to say what this thing is. It could even turn out to be a prototype for all we know. IF it is a real tablet that HTC plans to release, what do you think of the design? You have to wonder how well it would work when holding horizontally and how exactly you would position your hands.