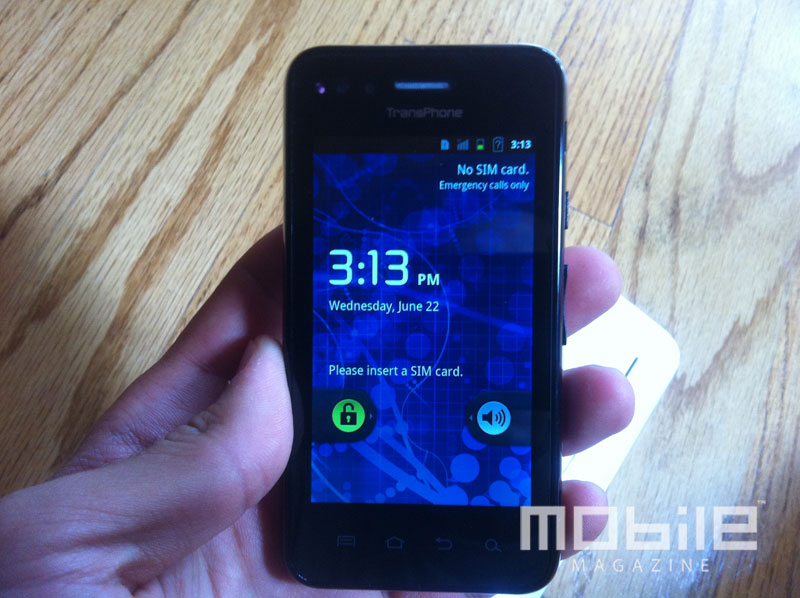 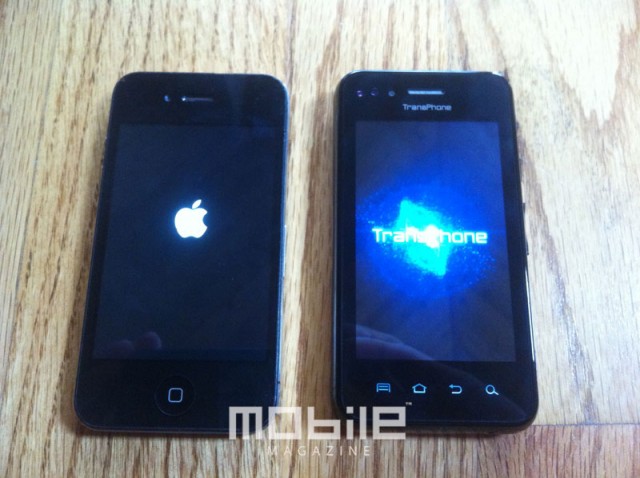 With increasingly larger screens on our smartphones, it’s clear enough that people want to have both a smartphone and a tablet. The Transphone is aiming to bridge that gap too and we’ve got the first exclusive hands-on photos of the upcoming device.

It works in much the same way as the Asus PadFone in that you have a smartphone portion and then this can be “docked” into the back of a tablet to give you the bigger screen experience. The 7-inch tablet (ExoTablet) is still “powered” by the smartphone, so everything is seamless as far as apps, media, contacts, and other data. There’s no need to sync your data between the two devices, because they’re effectively one and the same.

Based on the side-by-side pictures, it looks to be almost exactly the same dimensions as the iPhone 4/4S, including what looks like a 3.5-inch SVGA screen. We hear that the Transphone is being produced by CMIT. The rumors point toward a dual-core Qualcomm processor. It’s an Android device and word is that it will ship with Ice Cream Sandwich. The tablet portion has its own internal battery and you get dual battery icons in Android when you’re using the tablet. There appears to be a proprietary Apple-like connector too.

The first shipments of the TransPhone will be available through Exotablet.com starting on September 1st for $499. 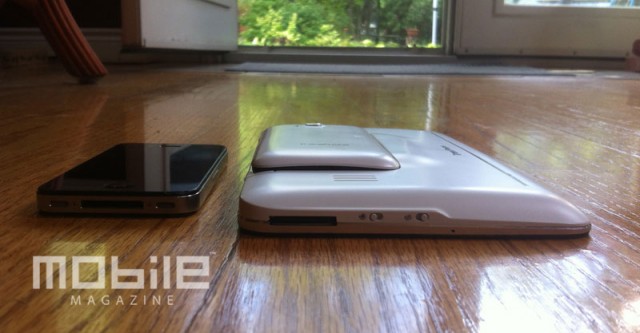 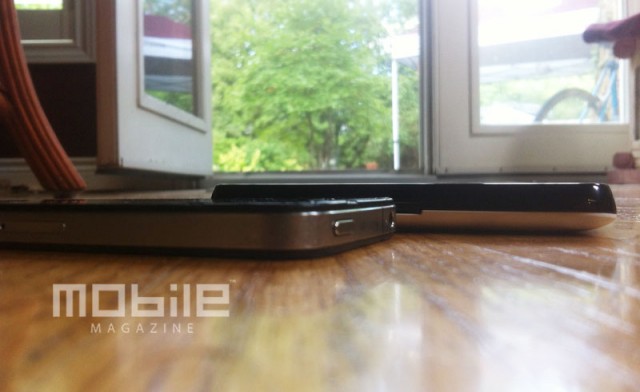 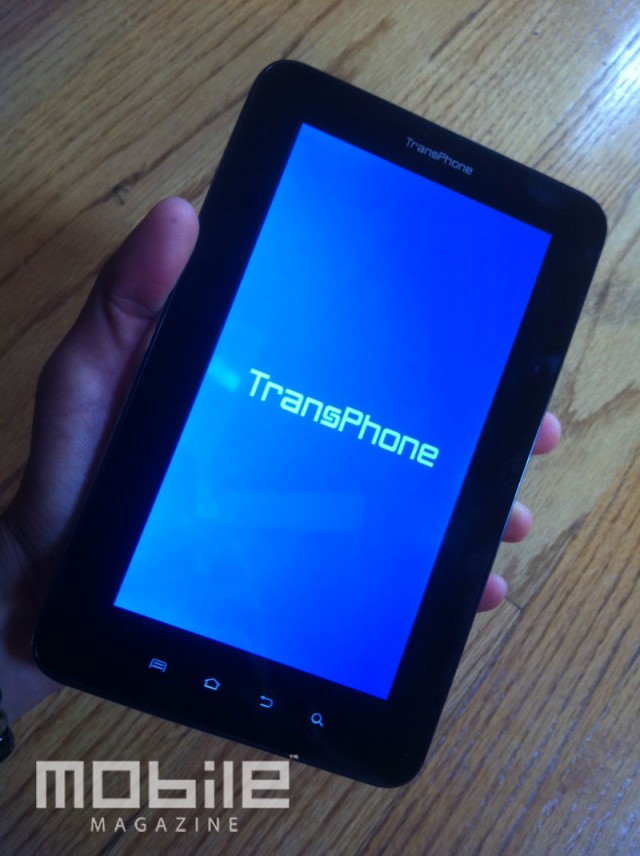 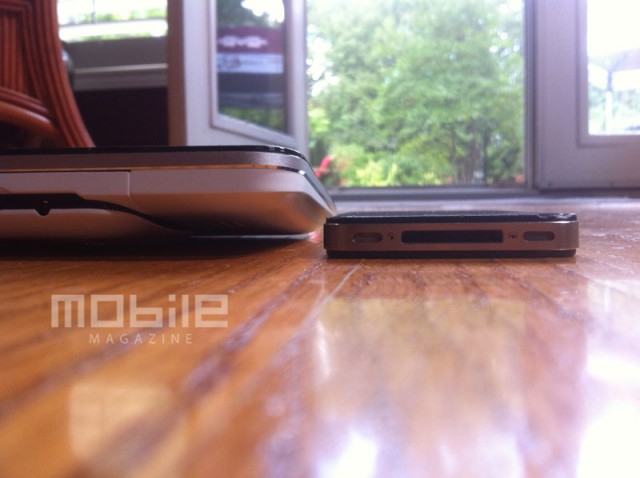 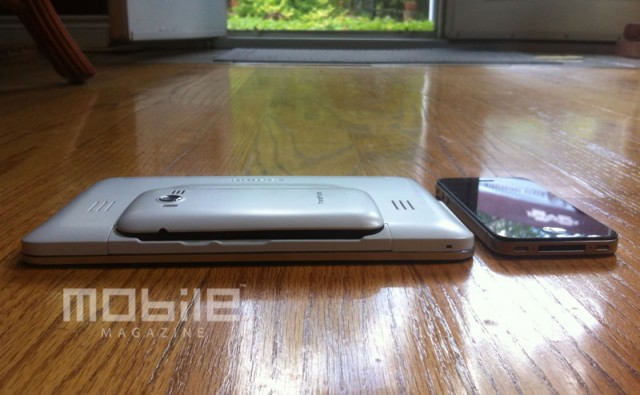