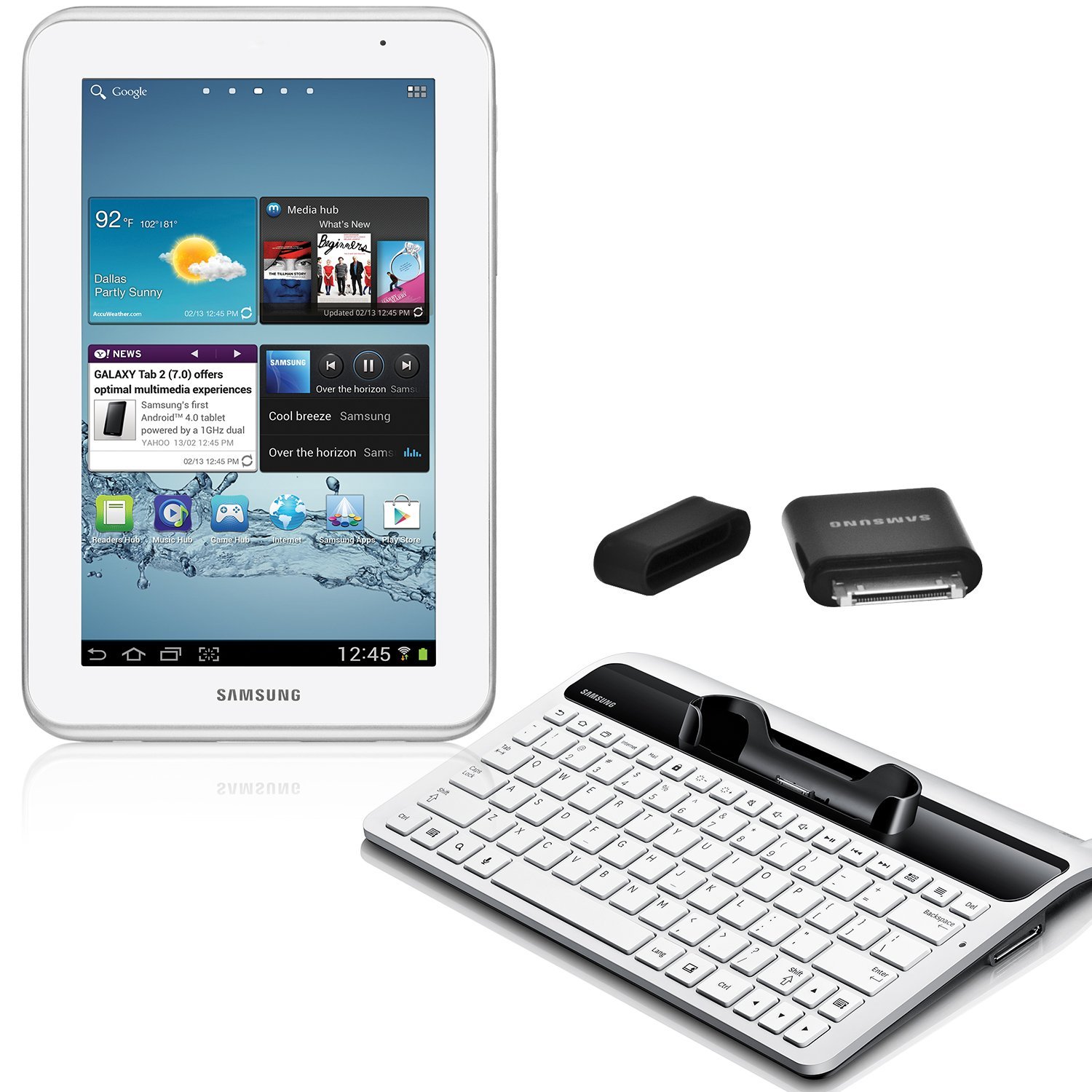 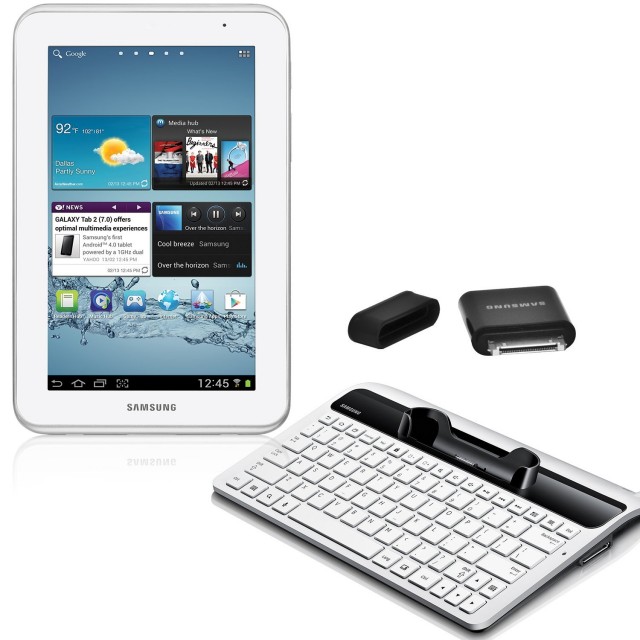 Yes, there’s a lot of attention being paid to the Google Nexus 7, but you can actually spend the same amount of money on a 7-inch Samsung Galaxy Tab 2 and get a free keyboard docking station to boot. Yes, the Samsung Galaxy Tab 2 Android tablet is on sale on Amazon for $100.01 (29%) off the regular price of $350, bringing it down to $249.99. That’s the same price as the 16GB Nexus 7, but the tradeoff is that this version of the Tab 2 only has 8GB of flash memory.

Even so, you still get Android 4.0 Ice Cream Sandwich under the hood, the same wonderfully gorgeous display technology that you’ve come to expect from Samsung in this 7-inch screen, a faster dual core processor. Unlike the Nexus 7 that’s stuck with whatever internal storage it has, though, the Samsung Galaxy Tab 2 has a microSD slot to add up to 32GB of extra data storage. You also get a free one-year subscription to Dropbox for an added 50GB in the cloud.

The big bonus here, though, has to be the keyboard dock. Giving you a similar functionallity as the more expensive Asus Transformer Pad series, you can then use the Galaxy Tab 2 almost like a laptop, typing up emails and tweets in a much more expedient manner. And yes, you have full access to the Google Play Store for over 450,000 apps, plus music, books, and videos. The Smart Remote app with built-in IR blaster transforms the Galaxy Tab 2 into a pretty sweet universal remote too.

This package is being called the Samsung Galaxy Tab 2 7-inch Student Edition, but I don’t see any reason why this isn’t just as happy being in the hands of non-students. In addition to the keyboard dock and tablet, you also get a USB adapter bundled in there. AT $250 including free shipping, this is a great way to go back to school.