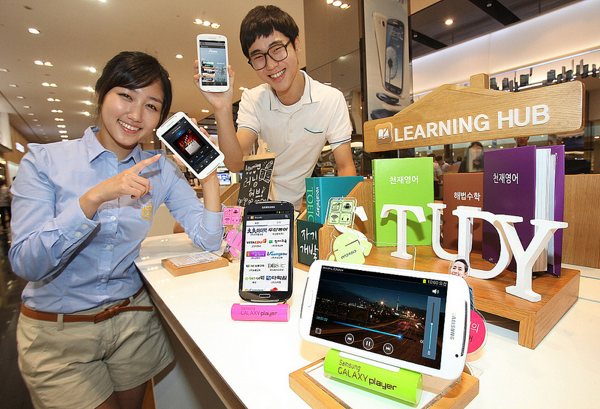 When it comes to tablets, the most common sizes are 7-inch and 10-inch. 7-inch is the perfect size for things like placing in a purse, yet large enough to see well and use for things like the net with ease. 10-inch is perfect for those that want a better gaming and overall viewing experience but don’t need something super-portable that fits in a purse or even in your large front pockets.

What about 5.8-inch? Would this be a tablet or a media player? Samsung has created the new Galaxy Player 5.8, a Media Player that just happens to hit the size. You have to wonder though, who’s it for? It’s not much smaller than a 7-incher and yet not much bigger than a normal media player or smartphone- it’s basically a Phablet without the ability to make phone calls.

Where would this thing come in handy? I suppose it will fit in pockets even better than the 7-incher tablets do, and yet its screen is still large enough to comfortably read and even play many games. I could also see this thing being a great part of an in-auto audio experience.

The specs behind the Galaxy Player 5.8 aren’t bad at all, either- though the resolution isn’t exactly the greatest you’ll find. The display has a 960×540 resolution, 16GB or 32GB internal storage, a 2500 mAh battery, front-facing camera, and Android 4.0 running the latest version of Samsung’s TouchWiz. Not bad, though we don’t know anything official about the processor right.

The release isn’t yet announced either, but the Galaxy Player 5.8 is expected to make an appearance at the upcoming IFA.