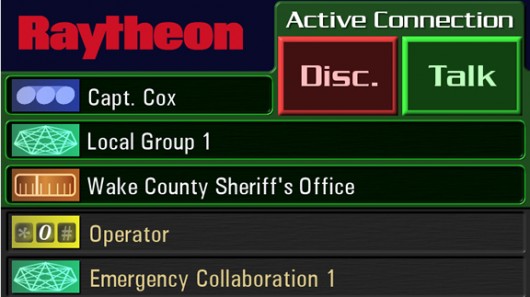 When it comes to emergency response, new technology that can help improve rescues and response are more than welcome. The newest technology aimed towards the effort of first response is the work of Arms developer Raytheon and is essentially a mobile application that turns PCs, tablets and smartphones into virtual radio systems.

The application isn’t meant to replace land mobile radios, but can provide long-range capabilities and provide ways for easy communication without the need for the special LMR equipment.

The new system has quite a few benefits over traditional LMR, such as the ability to communicate with people who might be of help, like experts and officials, but aren’t part of the public safety radio system. It also allows officials in charge of rescues and emergencies to listen in and help out, even when they aren’t directly in-range.

The technology behind it basically utilizes VOIP techniques, but always a way to communicate over a wider range of devices. The app will also work just fine over data plans, WIFI and direct Internet connections.

Raytheon has yet to get into specifics, such as what devices its mobile app will support, but it seems likely they will attempt to support many different formats. At the very least, I’d take a guess that the bare minimum would be iOS and Android support. The application itself is actually just one part of Raytheon’s Interoperability Communications Suite.

The suite itself is designed to allow communication over landlines, VOIP, and other channels.

This is a great idea that could truly help save lives, especially when used as a back up and in-conjuction with existing safety systems like LMR.