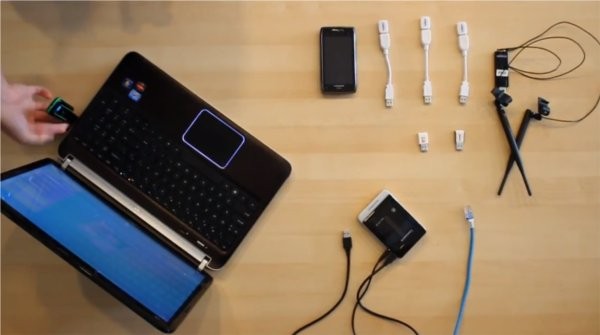 Have you ever had the experience where you’re connected to what you think is a reliable Wi-Fi connection, only to have it drop out part way through your video streaming? That’s incredibly annoying, especially when you know that you have other means of accessing the Internet. One intriguing solution to this first world problem is a program called Dispatch by Connectify. In effect, it lets you manage multiple Internet connections, swapping on the fly to whichever one is best.

This is strictly a software solution, so you still won’t be able to use the standard Wi-Fi radio on your notebook PC to connect to multiple hotspots, but you can make use of multiple Internet connections in other ways. For example, you might tether your smartphone’s 3G/4G connection over a USB cable, plug in an Ethernet cable, and utilize a USB WiFi stick, in addition to connecting to a Wi-Fi hotspot using your internal radio. Given that configuration, you have four Internet connections at once.

Dispatch will then work to manage the traffic based on which network connection is the strongest, the clearest, and offers the greatest bandwidth. This way, you get the best possible Internet experience at any given time, whether you’re uploading massive files to Dropbox, streaming HD videos from YouTube, or playing some intense online game. Given this dynamic management, Connectify is saying that Dispatch can provide up to three times the speed for torrent downloads. Of course, your network has to be able to provide that speed in the first place. In the video below, Dispatch was able to combine five 10-15Mbps connections into a unified 65Mbps connection. And by going to the roof, they got to 85Mbps. That’s impressive.

They’re looking for money on Kickstarter and it looks like Connectify has a pretty good chance of reaching its $50,000 goal in the next 14 days. They’ve raised over $31,000 to date.