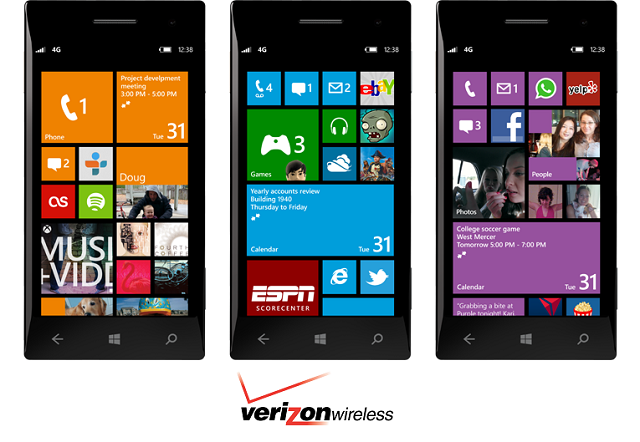 If you are a Windows Phone fan, odds are you don’t use Verizon Wireless as your carrier. If you do, you likely have an out-of-date WP device that is over a year old- since that’s the last time VW and Microsoft worked together to produce Windows Phone devices.

Verizon hasn’t been very receptive of Microsoft ever since the huge failure that was the Microsoft Kin, not to mention that even Verizon’s WP efforts have proven to be less than profitable. Good news for those that like Windows, Verizon Wireless might be giving the boys at Redmond another chance with Windows Phone 8. The newest version of Windows Phone has ditched the traditional Windows Mobile (Win CE) core in favor of the same core as Windows 7 and 8, alongside many other improvements that might make it worth the risk for Verizon.

It is believed that Verizon’s first WP8 device will be a Nokia phone of some sort. There is no clear information about when it is coming, though it is more than likely that Verizon will jump aboard with a near-Holiday release, right around the time WP8 and Windows 8 arrive to the market.

Any Verizon users out there that are stuck on older WP7 devices? Glad to hear the news?