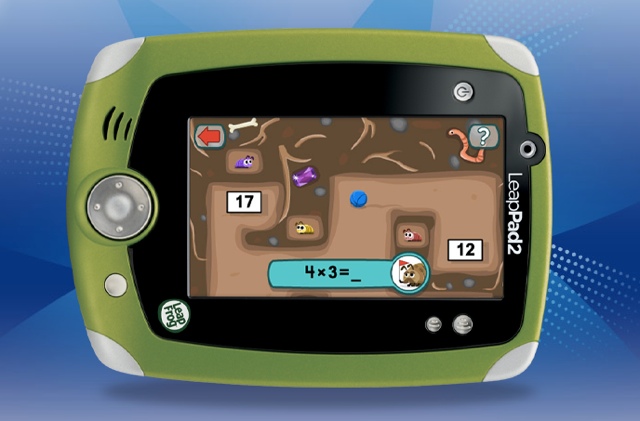 While many of us use devices like the iPad and Nexus 7 on a daily basis, tablets aren’t just for adults. The children’s tablet market is continuously growing and adding new devices. Some of these offerings have the full power of Android in a tough child-proof shell, while others are specialty devices with custom operating systems. One such locked-down kid’s tablet is the LeapPad 2 from Leap Frog.

This thing has a basic CPU, 4GB of memory and its own custom software. While some children’s tablets have full Internet and app experiences, the LeapPad 2 doesn’t have online features but does offer its own library of learning apps and games. In addition to its app catalog, the LeapPad 2 also works with LeapPad cartridges from the original device. New applications for LeapPad 2 only cost $5.00 each, with cartridges instead being priced around $24.99. For those with children that love taking pictures, the LeapPad 2 has a front and rear-facing camera.

Why get this instead of a children’s Android device? While both children-specific Android tablets and the LeapPad 2 are rugged, many rugged children’s Android tablets cost $200+. If you don’t like the idea of your kids having Internet Access, this basic tablet also might be more appealing. The LeapPad 2 will only set you back $99 for the green or pink version, or $129.99 for the Disney Princess edition of the tablet. Leap Frog recommends its tablet for children ages three to nine.