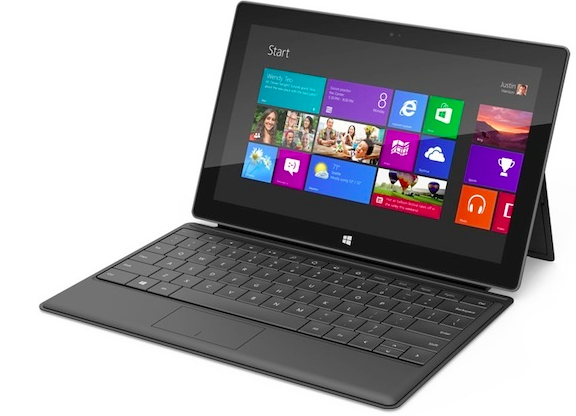 The Microsoft Surface is on its way soon, with an expected date of October the 26th. We’ve heard a lot of interesting rumors about the Surface recently, including a $200 price point and a battery life that easily extends up to near 13 hours. While the $200 price point is only likely to happen if MS has some kind of contract service deal in works, it seems that MS believes that its new tablet is going to sell like hotcakes.

What makes me say that, it seems that market researcher IDC revealed that MS is expected to build more than 3 million Surface tablets this year alone, this figure combines RT and x86 versions of the tablet. While not all these initial tablets will sell by the year’s end, it is clear that Microsoft expects a HUGE demand and doesn’t want to risk shortage problems, similar to the issues that Google ran into with the Nexus 7.

How many units will MS sell? That largely depends on pricing, I’d wager. If $199 is true and a contract service exists that is reasonably priced ($10-$20 monthly), I wouldn’t be surprised if the launch was more successful than the iPad 1’s launch in 2010, which saw 1 million units in its first month. At the same time, a $400+ price point could see more modest sells such as around a half-million in the first month.

IDC also flat out mentioned the idea of getting a Surface through two methods, two-year contract or flat-out. This much seems clear, it is very likely that it will be possible to get Microsoft’s new tablet for-cheap, as long as the idea of a contract doesn’t turn you off.