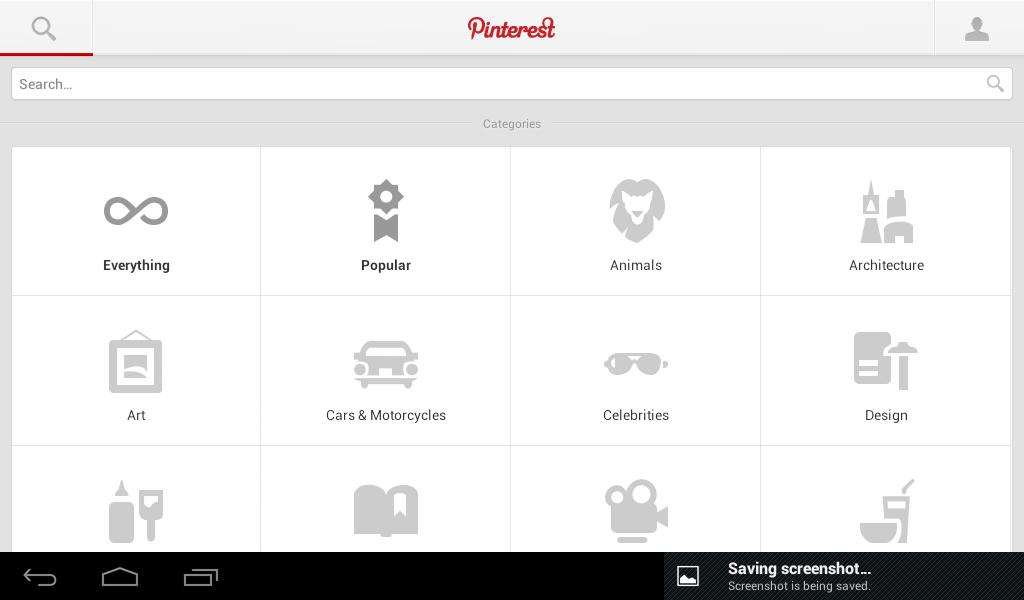 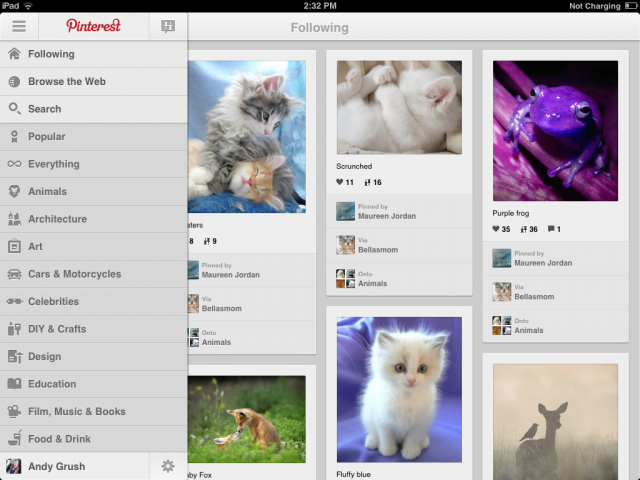 When it comes to social media sites, we often think about more traditional platforms such as Facebook- but what about photo sharing? One of the biggest sharing social networks has quickly become Pinterest, and the good news is that the social network is expanding beyond the web and iPhone with a new version that also supports Android devices and the iPad. Getting started with the Pinterest app is easy, even if you currently don’t have an account. What exactly does Pinterest have to offer and how does the app work? Let’s take a look.

Be aware that the Pinterest app has several different versions, and while the overall features are quite similar, things like the general layout do differ slighty. The version being reviewed here specifically is the iPad version. With that in mind, I do dedicate a small section of this review to looking at the Android version as well.

New to Pinterest? Signing up for an account is very easy, especially if you link it to your Facebook account. I’ve never really used Pinterest before and found that setting it up from within the iOS version only took me about a minute. The app will ask for basic stuff like a Facebook account to link to and then will present you with a bunch of random pictures that you have to choose from- this helps Pinterest figure out what kind of pictures you are into. Since my three-year-old daughter ‘helped’ me with this review, many of my pictures are of animals. Once you are signed up, now you can browse through existing pictures or “pins” from various uploaders, or you can scout out into the web and find your own photos. Unfortunately I believe there isn’t a way to upload your own pictures without the use of a 3rd party app like the $.99 app Photo Uploader for iOS. I could be wrong though- but if it’s there, they did a good job of hiding it from me. 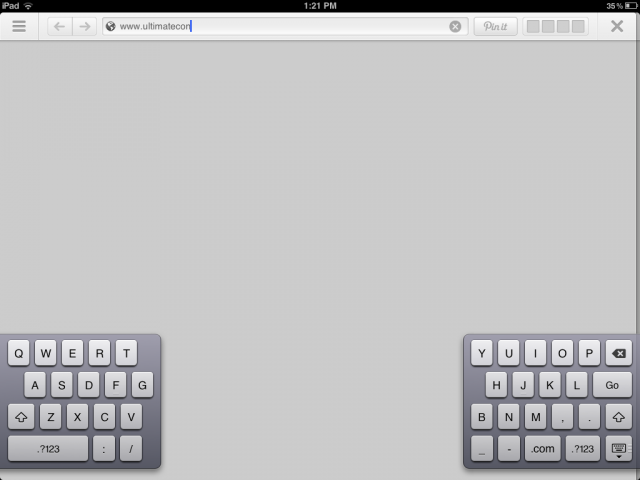 While I haven’t had tons of previous experience with Pinterest, I did take the time to log in from my PC browser just to get an idea of how the iPad app looks, feels and performs in comparison. Here is the layout for the web version via my PC, to give you an idea of how they differ: 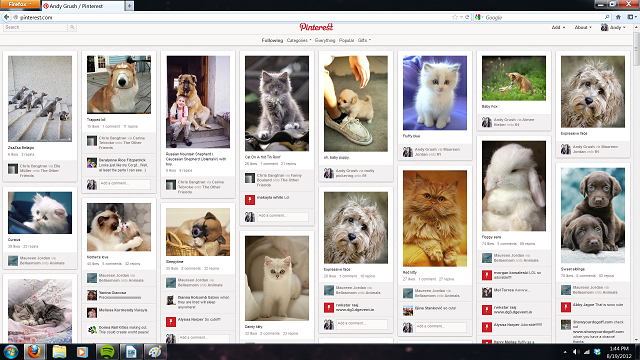 Comparing that with the home-screen of the iPad app, they are pretty close in overall UI design, though obvious changes like the collapsible left sidebar make it easier to use with a touchscreen. The basic homepage layout and looking at your own profile page is easy enough and laid out attractively.

When browsing from the app’s built-in Web Browser though, you can’t directly search the web without first going to some place like Google and there are no tabbed browsing. While not the end of the world, it is a little bit annoying and means finding unique photos and items to pin is all the more difficult. Honestly I’d recommend using Safari to find what you want to pin, and then simply typing the address into the built-in browser once you are ready to pin it (you can’t pin from Safari- you have to use the Pinterest browser).

Outside of the annoyances from the browser, there are other functionality issues such as occasional freezing when using with my iPad 2. Generally the freezes only lasted seconds, but again, a few seconds is all it takes to become annoying. If the program crashes you lose where you are at and have to way to get back. Interestingly enough there is a “History” function to the browser but you can’t look through it- though you can clear it. Yah, I don’t get it either.

Another limitation in the app is that you can’t edit your board descriptions or profile information from it. Not a deal-breaker on the use of the app, but it certainly means you still need to use the Web version and can’t totally rely on the app for everything. 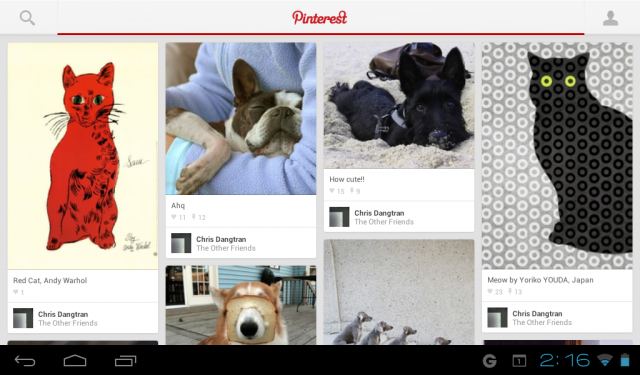 When it comes to browser limitations, you won’t find the same issues with the Android version because of Android’s sharing menu that allows you to basically use any browser (the default, Chrome, whatever you wish) for the pinning part of the app. In this capacity it works just like the Web version that you’d use on the PC. 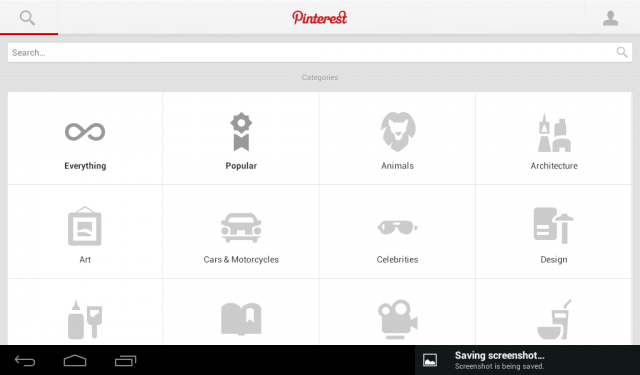 This means that the Android app is essentially just used for searching for existing pins from users you follow or for looking at your own pins. In this capacity it works quite well. The layout is a little different from the iPad version, as you can see in the photo directly below this section.

I’m new to Pinterest and like the idea, even though I probably won’t use it often. If you want a way to organize your photos this is a cool idea. I wish that quickly uploading your own pins was possible from this app, but apparently it isn’t- again unless I totally just missed the button for it or something. In contrast, the PC version has an easy to see “ADD” button right at the top that makes photo uploading easy.

From my experiments with the PC and iPad version I conclude that Pinterest as a social system is a good idea, this app, however, is a bit limiting. Fix the browser, making new pin photo creating easy/possible, fix the freezing bugs and Pinterest for iPad will be a great experience. For those that know what they want to pin and/or want a quick way to browse their existing pins, this program works great, it just feels a little incomplete.

As it stands, the Pinterest app is near-perfect for browsing existing pins and your own user pages. For Android users, this is a very capable app, thanks to not needing to use the built-in browser.

The issues for the iPad version all lay in the way that new Pins are created from webpages, cameras or uploading. Luckily, there are solutions, which include using a Safari browser alternative like Yahoo! Axis to pin pictures. This particular browser happens to have a “PIN” button built right into it, this means you can have your Cake and eat it too, even if you have to combine two different apps to get the functions that Pinterest should have had to begin with.

Good news is that Yahoo AXIS is actually a fairly attractive browser: 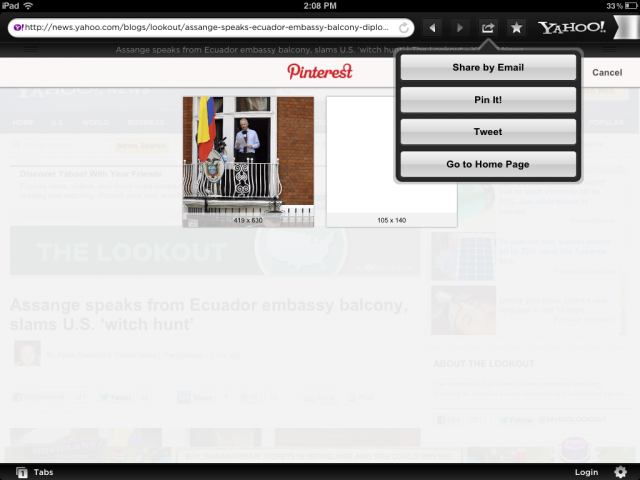 Overall I give this a 7 out of 10 stars for the iOS version, and a 9 out of 10 for the Android version. It is a good app, even if the browsing experience on the iPad isn’t quite what it should be. Pinterest is available now from Google Play or the AppStore.