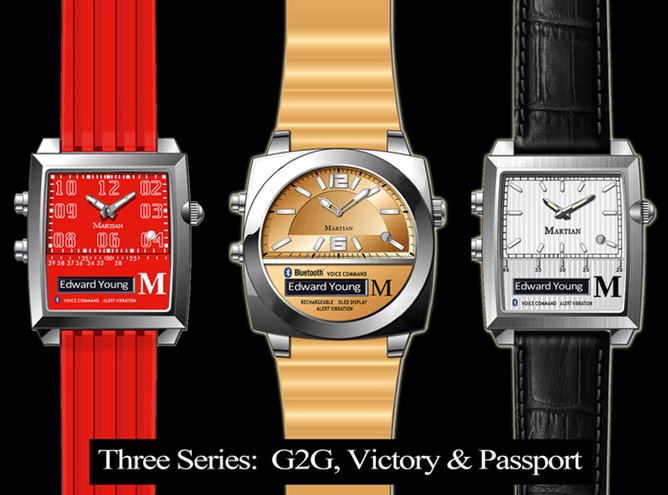 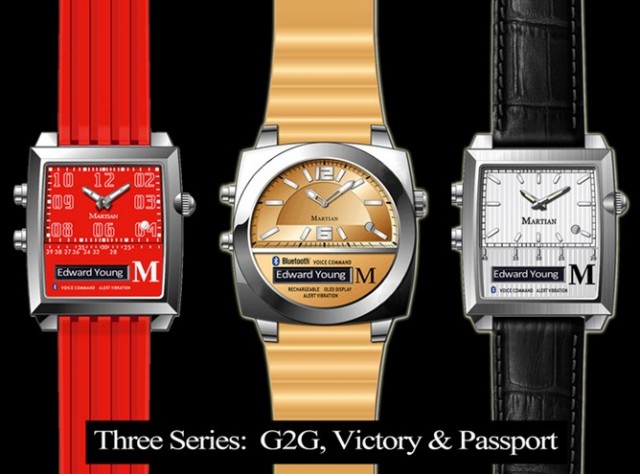 The Pebble smartwatch is still one of the most success projects to ever generate funds through Kickstarter, although the Ouya almost did as well. The smartwatch is certainly a unique market, and even though solutions using the iPad Nano already somewhat exist- many people enjoy the idea of having a smartwatch that interacts with their iPhones and Android devices. The newest smartwatch project to come to Kickstarter is the Martian smartwatch.

What makes this device different is that it mostly is controlled via voice commands using Bluetooth. The video below shows the concept in action, using a lot of Siri commands, which Android devices don’t support. The Martian should also work just fine for taking calls via Bluetooth.

The watch comes in three distinct styles. All Martian designs come with a regular analog clock that takes up half the face, the other have has a small OLED display for things like notifications and caller ID. As you can also tell from the picture, this just looks like a basic watch- instead of a futuristic touch-screen device like the Pebble.

For those that want a normal watch experience but still want smart functions, like dictating back text messages, this could be a cool way to do it. A commitment of $95 will allow you to reserve a low-end G2G Martian watch model. The other two models are the Victory or the Passport.

What do you think of something like this as opposed to the more touch-oriented Pebble?