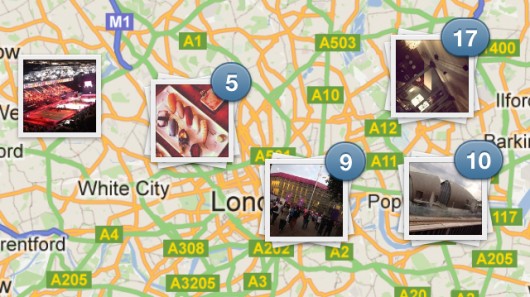 Instragram has recently updated to version 3.0, arguably one of the most epic versions of the app so far. What makes version 3.0 so compelling? A new feature called “Photo Maps” allows geotagged photos on a map to appear to various friends that a user is open to sharing them with.

When loading up the new version of the app, Instragram asks what previously geotagged photos you want to load into your new personal map and from then on will ask which photos to add each time you upload new ones. While the new Photo Maps system is probably the biggest new feature in 3.0, it’s not the only change. A new multi-line caption editing system, a new streamlined photo uplading system, and speed improvements also are baked into this welcome update. The bad news is that Twitter has shut off its API to the company with the acquistion of Instragram by Facebook, and that means “Find Friends” for Twitter is no longer a feature in the app.

You can get your hands on the newest version of Instagram through both Google Play and the App Store.