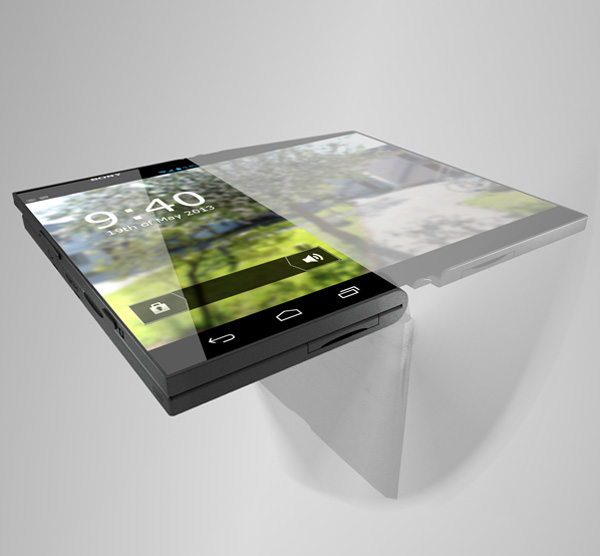 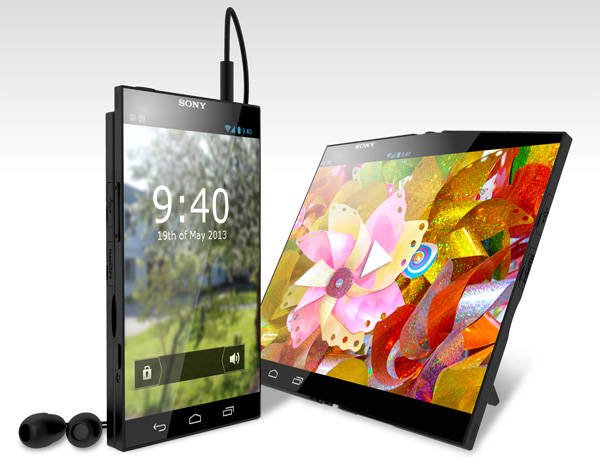 The first Galaxy Note is described as some as a phablet, finding an odd middle ground between phones and tablets. Then, you have devices like the Sony Tablet P, which folds up into a phone-sized device when not in use, but can fold open to reveal a full tablet experience. The thing is neither of this is particularly ideal for people who want both a true smartphone and a true tablet experience.

Turning to designer Patrik Eriksson, we find what he calls the Pocket Tablet Concept. It’s meant to be “a happy marriage between a smartphone and… a tablet.” The key here is the utilization of flexible OLED technology. In closed form, the Pocket Tablet concept will look like most other Android smartphones these days, except the display is virtually edge-to-edge. However, you can unravel the device to reveal about double the screen real estate for a tablet experience.

Based on these conceptual drawings, it looks like the second “half” of the display is constantly exposed as the back of the device, since it looks like the Pocket Tablet Concept folds onto itself like how you would fold back a paperback book. This initially left me wondering about the rear camera, but you’ll notice that the front plate seems to be slightly taller than the back plate. Presumably, the camera could fit in that spot.

Of course, the bigger challenge is figuring out how to get flexible OLED displays to this level where they are able to be completely folded over and still remain fully operational. It’s only a matter of time, I suppose, as we move toward more 7-inch tablets and more 5-inch phones, finding that “happy marriage” will hopefully come sooner rather than later.