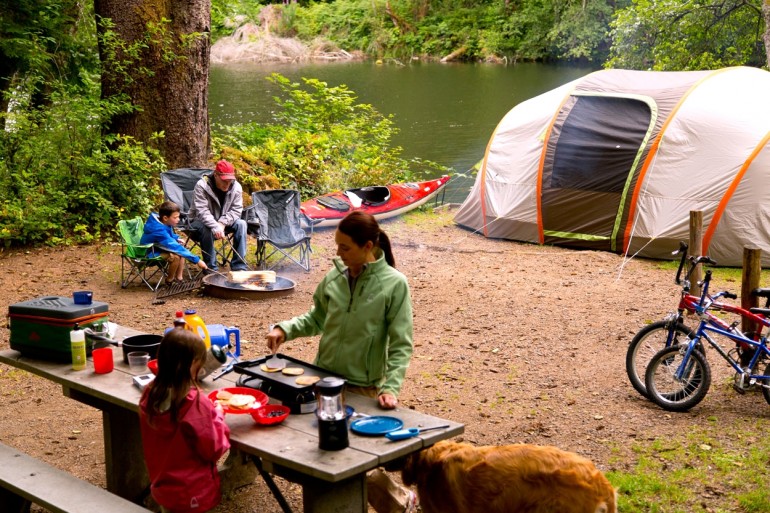 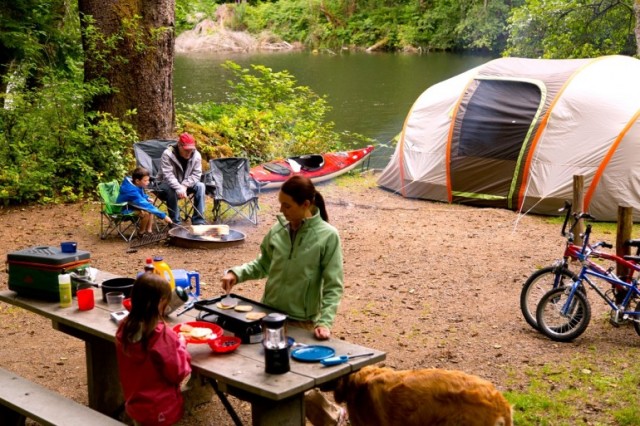 Have you gone camping this summer? Have you had to deal with setting up your tent, only to find that it’s so hard getting those metal poles aligned just right? Making the process a heck of a lot easier is a company called Kelty. Their AirPitch inflatable tents essentially set themselves up for you; all you have to do is provide the air.

Instead of standard metal poles, these tents use inflatable AirPoles. Kelty says that they’re just as, if not more resilient than their metal counterparts, standing up the usual use and abuse that comes with a camping trip. When you’re ready to pack it up and go home, de-flating the tent is just as easy as inflating it. The entire setup process should take less than a minute, thanks to the inflation by way of the two individual valves. 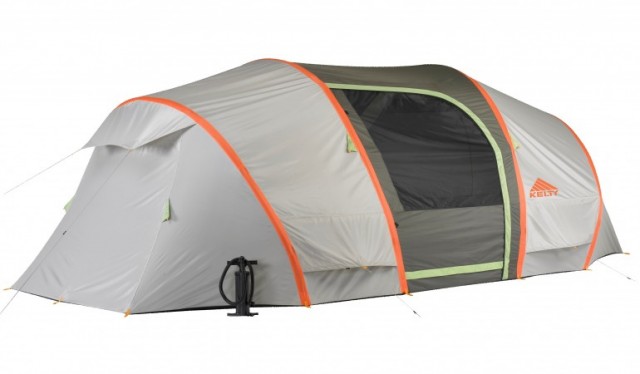 There are two versions of the Kelty AirPitch inflatable tent being offered. Both of them have a floor-less central vestibule where you can store your gear and this area is screened in to protect you against unwanted guests. There are also internal storage pockets for more stuff. The Mach 4 has a single four-person sleeping area, whereas the Mach 6 provides two separate sleeping modules, each with enough room for three people to cach some Zs. The dual-action hand pump is included, but you could presumably use your own powered one if you’d like.

You won’t be able to camp with Kelty this summer, but the $400 Mach 4 and $500 Mach 6 AirPitch tents should be ready in time for next year’s camping season. They’re saying that they’ll ship next January. 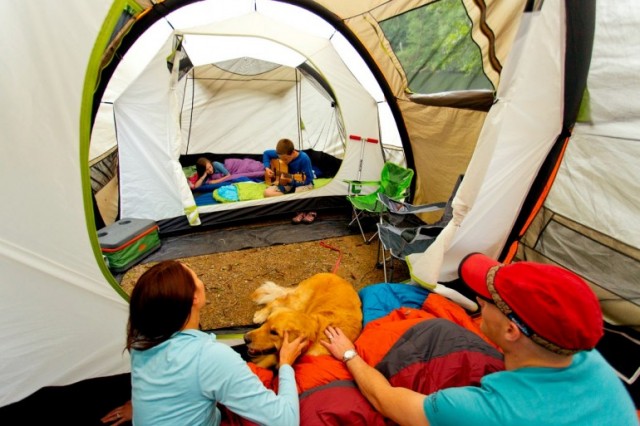