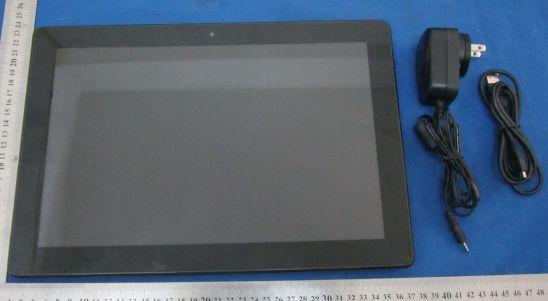 With their smaller screen sizes and personal design, a tablet might seem like its meant for one person, not a family. While early tablets tended to function only as a business tool used by one individual, the advent of app stores, and the games and programs that come with it, have changed all of this. Many families share tablets, whether its an iPad or a 7-inch Android device.

When it comes to sharing a tablet for the whole family, 7-inch, 9.7-inch or even 10.1-inch might be a little restrictive. Most families tend to stick to these sizes though because they are readily available and are the most affordable option. Sure, bigger screen tablets like the Excite 13 do exist, but at a premium price. This is where Archos steps in. Archos might not be the most popular brand around, but they are known for sticking to relatively budget-friendly price points. A new FCC filing suggests that Archos is preparing for a larger-screen tablet with family sharing and use in mind- the 13.3-inch Archos FamilyPad.

The specs on the tablet are nothing to get excited about, but they are certainly functional enough for most apps out there right now. The FamilyPad is powered by an AllWinner A10 1.5Ghz processor and has 8 or 16GB storage, WIFI, an SD card for expansion, two USB ports and a front-facing camera. At the moment there is no word about pricing or which markets this might hit, but it could certainly be worth keeping an eye out for. While this certainly isn’t a portable device you’d want to lug around everywhere, it could be great for pairing up with a kickstand and using around the house.

While this might be more expensive than typical Archos budget devices, the specs suggest it won’t likely have an extremely high price tag, even if it is a larger screen that usually. How much? That’s hard to say. While the 13-inch Excite is $650, it also has the power of Tegra 3, instead of this basic 1.5Ghz chip. I’d say it is more than likely going to hit at under $400, maybe even under $350. Keep in mind that’s just a semi-educated guess.

If this thing manages to be affordable enough, would you consider a 13.3-inch tablet for the family?