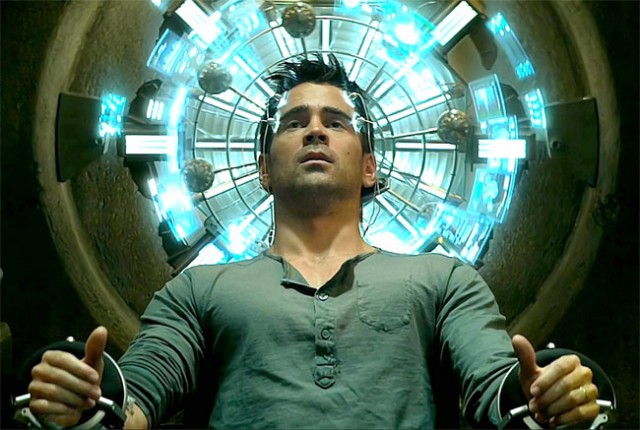 Last Friday I had the pleasure of heading to the theater and checking out the new Total Recall. As a fan of the 1990 Arnold-staring version, I hoped that this new remake would be just as much as a thrill ride as the first time around. How was it? I will keep this article as spoiler free as possible. For those who liked the original, seeing Total Recall transformed into a modern film is a huge treat. Those who know little about the 1990 film? Again, this is still a great ride if you like action movies that also have heavy technology use incorporated into the story line.

I will warn you that the movie does start out a little slowly, but don’t get frustrated and walk away. After a little bit, the movie starts packing in intense action and starts to get exciting pretty quickly. The story is engaging, and even if you’ve seen the original film, a few changes exist that doesn’t allow the plot to feel stale at all. As for the acting? The characters were believable in their roles, and I feel like they did a great job in choosing actors that truly fit the characters they are playing.

If I had to rate it from a scale of 1 to 10, I’d give this film a solid 8. It’s not perfect, but it keeps you entertained throughout the whole experience (except for the very beginning where it is just a bit too slow). Is it movie of the year material? No, but it is still a fun ride.

Almost more interesting to me than the movie itself though is the concept technology found in these two films. The 1990 version has already seen things come true in the 20+ years since its release, such as flat TVs on the wall (LCD TVs anyone?)- what about the newest chapter? 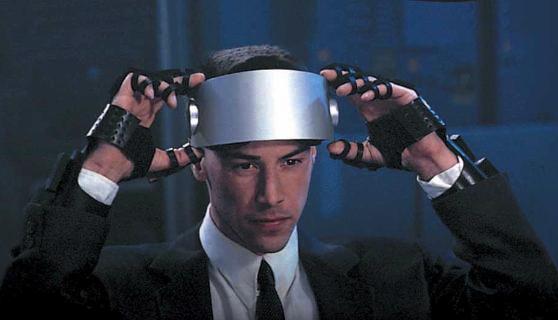 The idea of implanting memories is probably the most ambitious technology in the two versions of the film. This seems so Sci-Fi that there is no way we will have such technology in just two decades, right? I wouldn’t be so sure so.

In today’s science labs, we might not be close to creating new memories, but we are working hard to create ‘recall’ tactics that can bring back long forgotten or repressed memories. A new method led by M.I.T.’s department of Brain and Cognitive Sciences have created a way to inject special medicine into mice allowing restoration of memory in mice after significant numbers of neurons where already lost in the brain.

This may not be as sophisticated as anything seen in the movie Total Recall, but it still could have a major impact when helping with Alzheimer’s disease or even helping those that had accidents that caused the damage of neurons in the brain.

The cars in Total Recall weren’t of the totally roadless variety, instead they used elevated tracks that used magnetic force. Could this happen? Actually yes- sort of. The Tel Aviv University has already created a small scale puck that uses “quantum levitation” and a track that it can float around on. While no where near as sophisticated as you’ll see in the movie, it’s clear that the technology is possible- even if we aren’t quite there yet.

What’s worth noting is that the original 1990 version of Total Recall had its own ‘revolutionary’ car system, a vehicle that could drive itself. For those who don’t know, Google is doing that right now with its self-driving automobile.

Are We There Yet?

Alright, so we aren’t quite able to do the things found in the movie just yet, but give us 20+ years and it’s hard to say where we will be. Other unique technologies found in the movie include a telephone that is embedded in the palm of the hand. This phone is nothing short of awesome. Slamming it up against glass turns it into a Skype-like video conferencing device or a full fledged touch-based computer when pressed against the glass.

When it comes to the phone, we are nowhere near such a tech level, though we are now starting to move into the territory of wearable devices. Emerging technologies like flexible glass are all part of the process that will lead the way to such innovations.

We may not be able to do have the stuff found in Total Recall just yet, but something tells me we won’t have to wait to the very end of the 21st century to get half the technologies that made appearances in the movie. Other things in the movie, like the fridge that is totally a touch surface for writing notes and such, essentially already exists. Many refrigerators on the market today already have small touch panels built into them for watching TV and leaving notes, such as the Samsung WIFI refrigerator.

Have you seen Total Recall yet? What did you think? How close do you think we are to some of the technology found in the movie?