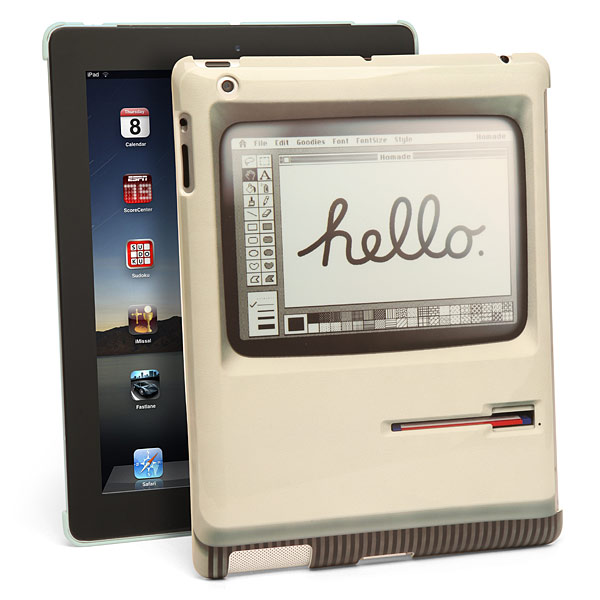 There is something to be said about retro appeal and recognizing your roots. I’m not sure what that something is, but you can probably say it with the Padintosh Case for the iPad. It’s compatible with both the iPad 2 and the new iPad (or “iPad 3,” if you prefer).

At first, I thought this iPad case would be the complete opposite of useful. It looked like it would block out about half of the touchscreen and then you would presumably load some sort of app to simulate the old Mac operating system. And then, I realized I was wrong. The “Mac” part of this Padintosh case is really for the back of the iPad and not the front. This way, when you decide to hold up your iPad to take a picture of Bill and Melinda Gates in London, they can stare right into the faux Mac screen that reads “hello.”

Go ahead and “party like it’s 1984” with the Padintosh Case. It’s available now through Thinkgeek for a fairly reasonably $24.99. Since it’s only the back part of the case, you can still use your Smart Cover for the front. If only they made a 1984 style Smart Cover to match…