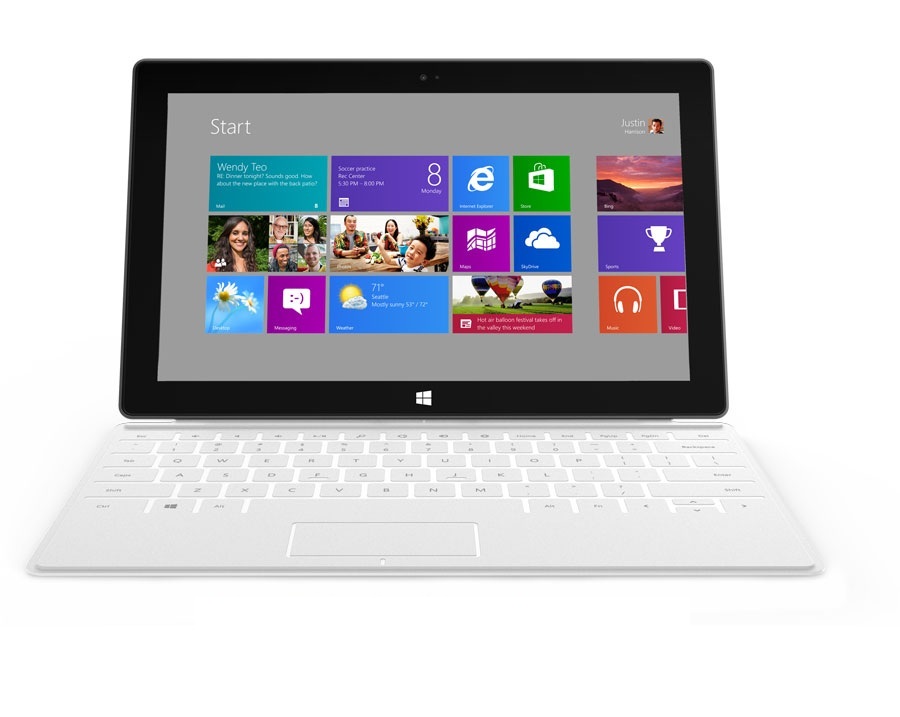 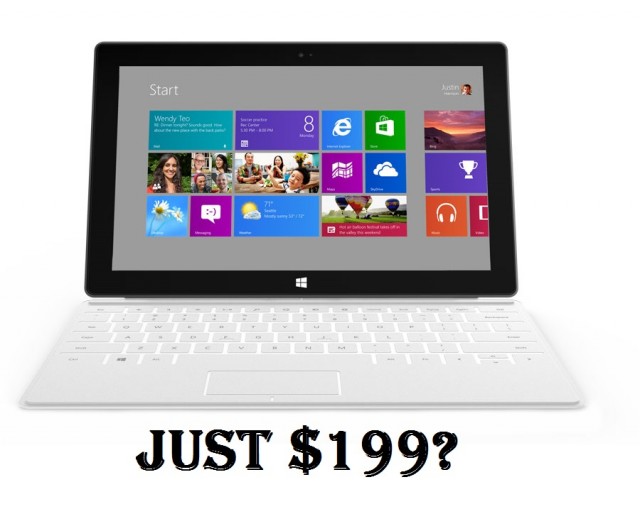 Microsoft Surface is getting a fair amount of attention this week. First we had rumors of 8-13 hour battery life and lighter-than-iPad designs. Now we have a rumor, from sources reporting to Engadget, that suggests the base RT model will launch at just $199. This is in radical contrast to the earlier suggestions that the cheapest Surface RT tablet might be as expensive as $1000.

So where is the truth in all this? It’s really hard to say, though I’ve previously felt that a $400-$550 price point seemed likely. Why would Microsoft sell so low? The most obvious reason is that Windows RT is unproven, so why would people, other than MS fans, give it a chance at a price that’s on par with high-end Android devices and the iPad? By selling at a loss, MS could get this thing into as many hands as they possibly can, and very quickly. There is no doubt that people would buy this thing by the dozens for just $199.

Let’s say MS goes through with this, is it a good move or not? It really depends. The big question here is whether or not Microsoft could make their money back if they sold at such a low price. Unless a currently unannounced lower-powered 7-inch Surface Microsoft Surface RT is coming at $199 that they’ve yet to announce, MS would have to sell at a serious loss to reach this price point. They already do this with their Xbox line, but keep in mind that Xbox games sell for $50-65, not the $1-$5 that most apps are priced at. It’s possible MS could be targeting a higher price point with apps, perhaps $4-10 on average, but doing so could be equally as dangerous- high prices make piracy of apps all that more appealing for consumers. Another very possible idea could be that Microsoft Surface requires some kind of subscription service that gives access to extra features such as Microsoft Office, Xbox Live, and more. Recently, Microsoft starting selling its Xbox 360 for $99 with a 2-year commitment to Xbox Live- such a similar idea could possibly work with the Surface RT tablet and would give them an easy way to make up the lost dough.

Even if MS can recoup its sales through apps or even the possibility of a subscription service, that doesn’t remove the other elephant in the room. Where does this leave OEMS? Windows RT has already seen tons of players bow out from creating RT devices in anger over the Microsoft Surface. There is NO WAY that anyone else could sell higher priced RT devices if MS prices so low. It could be possible though that MS has decided to stop working with partners on RT, instead reserving that for Windows 8, though I doubt that.

Personally I think it’s possible, but I’m not sure if it is wise. To me, selling at a $275-$375 price point makes more sense. This would still be a loss, but not as sharp, and it would still possibly give OEMs a chance to compete. While it might not sell nearly as well as a $199 Surface RT, it would still be an attractive price point for many of those that want a capable 10-inch tablet. I am optimistic about the idea of a Surface RT tablet with 8-13hr battery life, light design and $199 pricing- but it’s hard not to be very, very skeptical.

What do you think? Any possibility this is real, or simply a rumor that can’t possible be true? IF it proves true, would you buy a Surface RT?