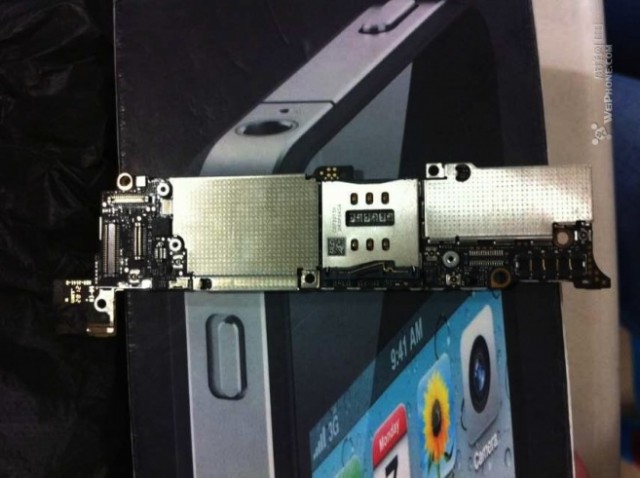 We’ve seen quite a few ‘leaks’ of new iPhone parts lately, ranging from a unibody case to the new iPhone battery. This isn’t surprising, with an iPhone release event planned for September. Now we get another part leak, this time the new iPhone’s logicboard. Is it legit? It may be, but considering there is little labeling on the board, this is probably a prototype. The new motherboard/logicboard leak comes for a form poster who also posted pictures of the iPhone 4S back in August of 2011, months before the 4S. Considering this, there is a good chance that we are truly getting the first glimpse of the internal board of the new iPhone.

What can we learn from looking at the board? It seems the board points to a few things, such a 5-pin battery connector, versus the 4-pin model in the iPhone 4S. Other noticeable changes include more antenna connections, which alludes the fact that this may very well have LTE capabilities. Other changes in this board, versus previous iPhone devices, include what looks to possible be a smaller SIM card slot, likely for the nano-SIM format. The bad news is that the new iPhone processor doesn’t show up in the pictures, so we really can’t say anything about that.

From its LTE support to its new port connector and larger screen, there is plenty to get excited about in the new iPhone. What do you think of the rumored features coming to the iPhone?