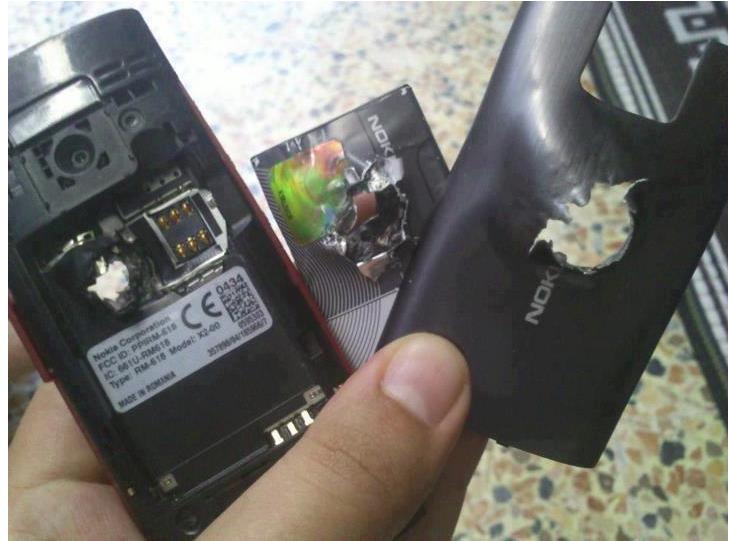 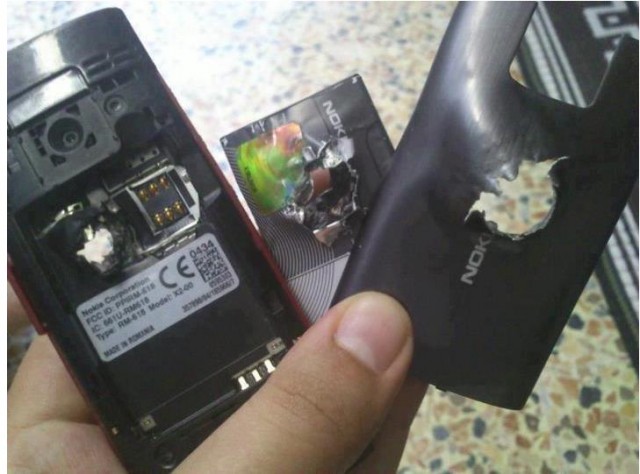 A bullet proof vest? Who needs that when you have a Nokia X2 feature phone. That’s right, apparently one of the features on the X2 is the ability to take a bullet for its user. Most of us are likely aware that Syria is in the midst of a civil war. During a round of gunfire a Syrian X2 user apparently decided to take some footage of a battle between the military and the rebels. During the recording, he held up the phone near the front of his face and mouth. In the heat of the battle, a stray bullet fired in the user’s direction, striking the Nokia feature phone. Miraculously, the Nokia X2 stopped the bullet from penetrating all the way through, saving the X2 user’s life.

While Nokia feature phones might not be all that exciting, especially when compared to modern Windows Phone Nokia models or any other smartphone, it’s good to know that they come in handy when the bullets are flying- if you believe that the above claim is legit. Before you go flying into a dangerous situation with bullets flying, remember that this was a lucky break for the user, don’t try this at home. It’s also worth noting that this could very well be a hoax, considering it looks like the bullet hit the front of the phone first and then came completely through the back. When you look at the photo, it’s hard to understand how this could have stopped a bullet- when it looks more likely it just passed through instead.