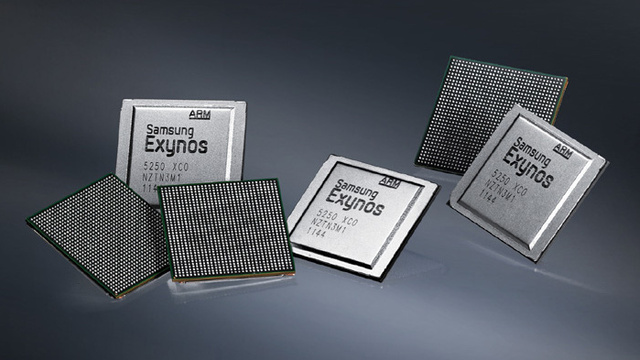 The next generation Exynos 5 Dual mobile chip is shaping up to be one powerful monster. The Arm-based mobile CPU not only runs at speeds of 1.7GHz but also has a quad-core Mali-T604 GPU. Still not impressed? Let’s add support for 2560×1600 resolutions, stereoscopic 3D and DirectX11 support for Windows 8 devices. There is a lot to like about the new Exynos 5 chip, and the company doesn’t stop there, adding features like USB 3.0 and SATA III controllers. The chip is even capable of decoding 1080p video at 60fps. Other technical stuff like Wi-Fi Display function exists, though probably not nearly as exciting as the processor and GPU’s overall speed. Needless to say, the Exynos 4 Quad found in the Galaxy S III doesn’t hold a candle to Samsung’s latest effort.

For the moment, there are no official products announced that make use of the technology, though when devices using it do finally hit, competitors better watch out. What do you think of the Exynos 5, impressed or not?