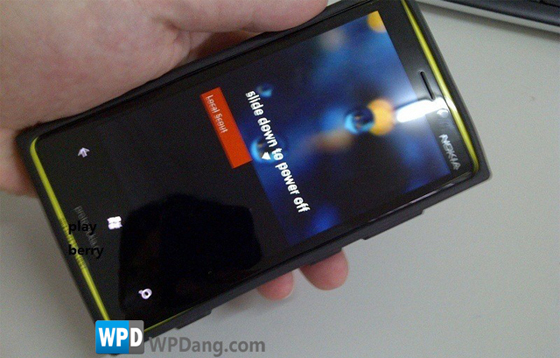 Windows Phone 8 is just around the corner, and it seems that a prototype of a Nokia WP8 device might have leaked its way to the public ahead of schedule. According to images that first showed themselves at Chinese site, Sina, the prototype is running either Windows Phone 8 or perhaps Phone 7.8, as evident by the smaller tiles on the Start Screen.

Nokia isn’t scheduled to give us an official glimpse of their next-gen Windows Phone offerings for at least a month, so it will be a will before we know if this is the real deal or simply a fake. Looking at its design, it at least looks to line up with what we’d expect from a Nokia phone, and the yellow coloring is similar to the images of the yellow Lumia 800 shown last year at a MS event in France.

Give it a few months and we will know for sure. What do you think of this ‘prototype’ Windows 8 Phone?