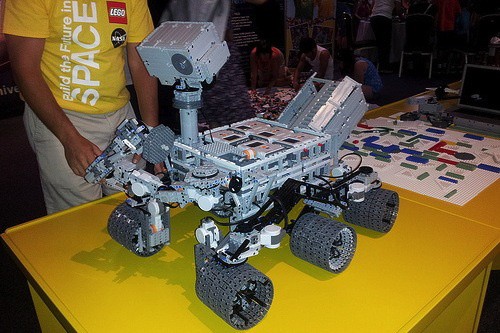 NXT builders Doug Moran and Will Gorman have put together a working rover that can roam plastic terrain just like Nasa’s own rovers- except one thing, this one is made of Legos. That’s right, this unique rover has four wheels powered out of the six, can make 360 degree turns and even features a working arm and mast, like you’d expect from the real deal. While perhaps not as complex (or space worthy) as NASA’s own “Curiosity“, whic recently touched down on Mars, its still a pretty cool looking contraption, to say the least.

It’s amazing what you can accomplish with a bunch of spare time and thousands of dollars in Legos, isn’t it? Check out the video below and let us know what you think of this LEGO reconstruction of the Curiosity rover.