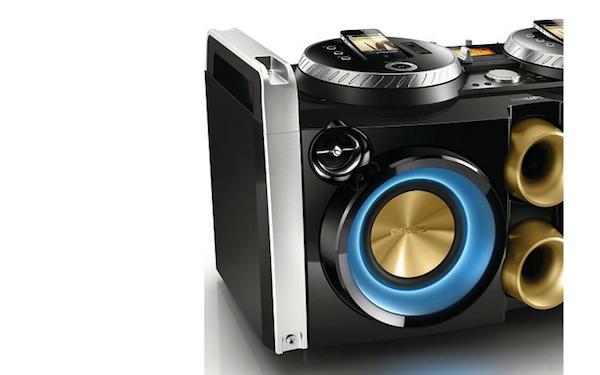 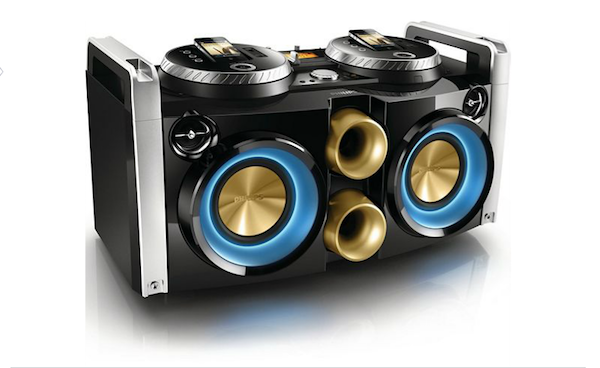 While most iPod docking stations are small, subtle and designed for the use of a few tunes and perhaps as an alarm clock, the Phillips FWP3200D clearly isn’t your ordinary iPod speaker docking station. Gone are the sleek white curves and i-Style colorings on most docks, replaced instead by one serious speaker system that is geared towards more than just everyday listening.

The FWP3200D might not be a good enough replacement for a full DJ system, but its pretty close with its unique lighting system, 300 W RMS output, and the existence of basic Djing tools such as dual microphone sockets and a crossfade. The speakers even are designed to support the djay iOS app. While this Phillips speaker system is primarily geared at the i-Crowd, it does support other devices through a 3.5 mm line-in and can also play music directly from USB sticks. Other features on the Phillips player include an FM radio, a remote, and an LED that provides visual feedback.