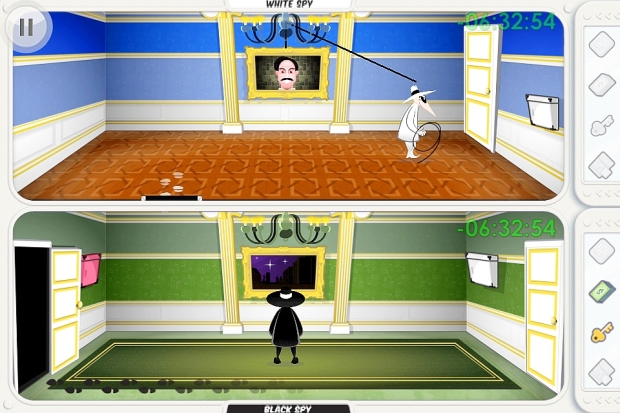 Spy Vs Spy is without a doubt one of those classics that draw me back to a time long gone in gaming, and its equally as satisfying to see a modern company take the classic, update it, and find true success. While the original came out for many different platforms in the 80s (my personal favorite version being for the NES), it was actually based on a comic strip that first debuted in Mad magazine back in 1961. The original version was made by First Star Software, in association with Warner Brothers, but after a year of negotiations, Robots and Pencils managed to grab the rights to develop this unique iOS remake and it now leads the charts with the number 1 slot on the App Store.

So what makes the remake of Spy Vs Spy by Calgary tech’s “Robots And Pencils” any good? It seems that at least part of the appeal is the nostalgia, but even for those that have never heard or played the original game(s), it still has plenty of appeal thanks to its depth of play. Most iOS games have a miniscule learning curve and are designed to keep you busy for ten to thirty minutes, whereas Spy Vs Spy takes longer to learn and can also entertain you for much longer. The game itself basically pits two spies versus one another, but its unique style and animation is really what makes it great. The app is now available for 99 cents for a limited time at the Apple Store or $1.99 once it reverts to the regular price.