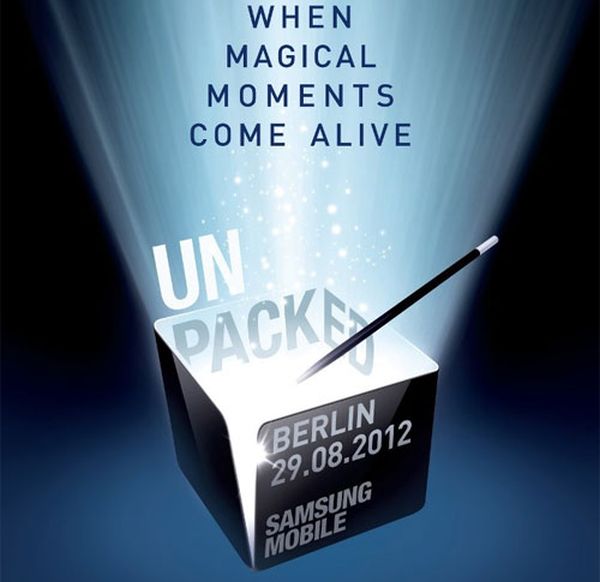 It seems that Samsung is once again preparing for a special “Unpacked” Event, this time in Berlin. While many companies choose to use major events like CES, IFA and MWC for their unveils, recently Samsung has done its own thing and anytime an Unpacked event is announced we know a major announcement is just around the corner. The latest Berlin Unpacked event will be held on August 29th at 19:00 GMT+2, and it sounds like the Galaxy Note 2 is going to be the focus of the show.

Samsung hasn’t officially talked about what products are going to make their way to the Berlin special event, but the presence of a stylus placed on the Unpacked long seems to hint that a device will show off with the support of a stylus accessory, which could mean a very different products, but much of the online techie world seems set on the idea that the Note 2 will be shown alongside the Note 10.1.

The Samsung Galaxy Note is one of the most popular products that Samsung has to offer with its unique “phablet” design, and so here’s to hoping that the Galaxy Note 2 does truly take the show. Besides the Note 2, what else would you like to possibly see at the Berlin Unpacked event?