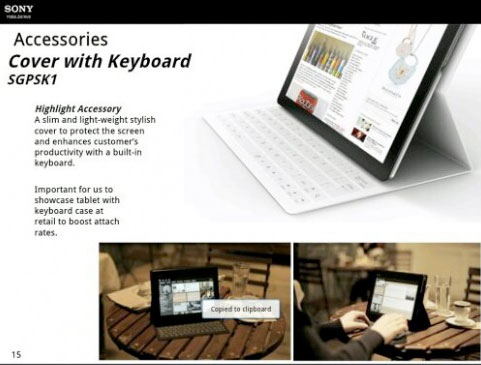 Leaked information from internal slides seem to have hit German news site, Mobiflip, painting a picture of a powerful new Sony Xperia tablet. The new Sony tablet features pretty impressive specs such as a Tegra 3 quad-core processor, Android 4.0, 3G connectivity and storage choices of 16, 32 or 64GB. The tablet actually follows Sony’s existing tablet designs with its folded magazine look and is also splashproof. The pricing on the new tablet seems to start around $450 and from there goes upwards to $650. The pictures from the slides also show a lightweight keyboard that seems somewhat similar to the Microsoft Surface’s keyboard design. 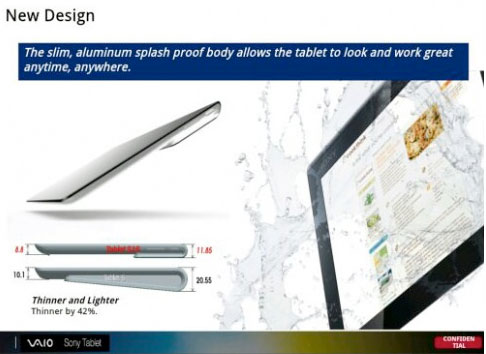 So when is it coming? It’s hard to say at this point as, unsurprisingly, Sony is keeping tight-lipped about the entire leak saying they have “no comment at this stage”. Next month the European trade show IFA kicks off, so it’s very possible we will hear more about it then. Sony might be far from a major leader in the tablet space, but I have to admit it looks like a pretty attractive Android tablet from the limited views we get of it in the slides, and it’s not surprising to see a tablet out there that has a somewhat similar look to Microsoft’s upcoming Windows 8 tablet, either.