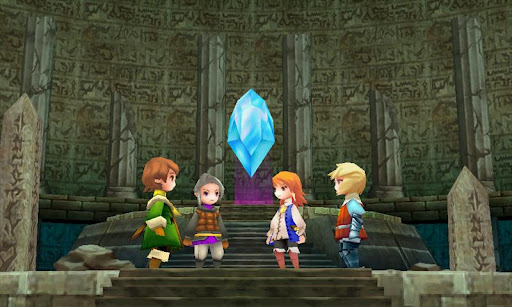 A low-cost Android-based gaming system with modest specs and an open-source design, who would want that? Apparently a lot of people, as evidenced by the $5,820,345 invested into the Android-based Ouya console through Kickstarter. Despite early investing interest by consumers, what will really help Ouya set itself apart will be whether or not it has any interesting or unique games for it. It’s equally important for the brand to attract big names in the industry, something that they’ve apparently done with the recent announcement that Final Fantasy III will be a launch title for the Ouya.

The company has partnered with Square Enix to bring content to the Ouya and the first fruits of their partnership will be the release of a version of FF III. The bad news is that they don’t really say what version, the new 3D version for iOS and Android? The original with minor updates? A completely exclusive re-make? More than likely I’d say the 3D version already found on Android and iOS makes the most sense, especially since Ouya does promise FF III will be “updated to exploit OUYA’s high-definition resolution in glorious graphic detail.

Ouya promises a console that offers all games for free, or at the very least requires a demo or fremium version for all games. This means that at least some part of Final Fantasy III will be free to play. While this is exciting and everything, an exclusive FF game, even if it was a mini-game, or a remake of something like FF VII would be even more epic, but it’s a start. Hopefully this is the beginning of a huge revolution in the support of open gaming platforms, but only time will tell for sure.