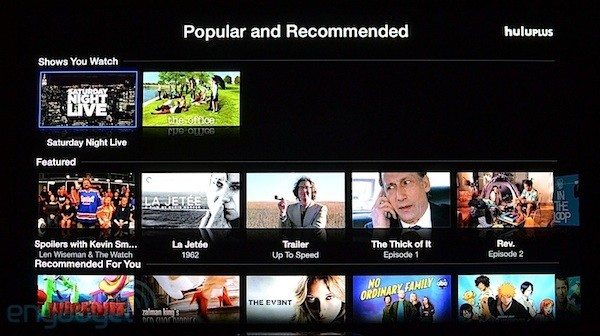 It’s official, the Hulu Blog has now confirmed that they are rolling out Hulu Plus to Apple TV boxes, today. While Apple TV is a beautiful box, it’s also been left behind a little when it comes to recent multimedia apps and programs such as Hulu, making this update an important one for those who enjoy the Hulu service. With both Netflix and Hulu alongside existing offerings like iTunes, the Apple TV is starting to look better than ever.

Similar to the Netflix version, you will be able to pay for Hulu Plus service through iTunes and it will feature styling that it very Apple-ish throughout the Hulu Plus app. For most users it should just auto-update, but if you aren’t seeing in on your device, try rebooting.